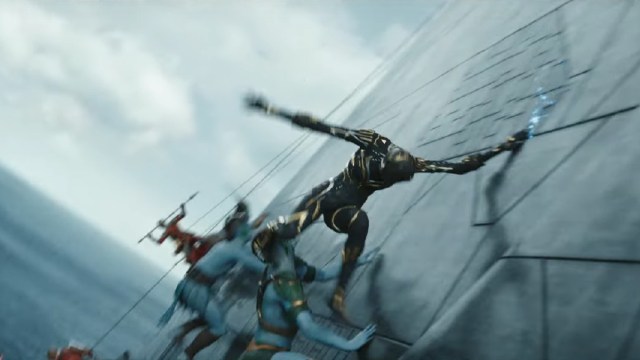 From the second Black Panther: Wakanda Forever, everyone was fairly certain Letitia Wright’s Shuri would be the one to inherit the mantle from Chadwick Boseman’s T’Challa, which is of course exactly what happened.

Plenty of optional candidates were discussed among the fandom, though, with the list extending to include Winston Duke’s M’Baku, Lupita Nyong’o’s Nakia, Michael Coel’s Aneka, and even Michael B. Jordan’s Killmonger. Obviously, it didn’t come to pass, but that doesn’t mean the idea wasn’t discussed behind the scenes.

In fact, producer Nate Moore revealed to Rolling Stone that the Marvel Cinematic Universe sequel seriously considered two names above all, and fans might be a little upset that neither of the options ended up coming to fruition.

“We would kick around the ideas, and try to extrapolate where the story goes and what’s the most impactful choice — what’s the best journey? And where do you go after the film in terms of those characters. M’Baku certainly was someone that got kicked around a little bit. I think you’re correct because in the comics, Shuri is Black Panther and there’s a natural organicness, I guess is the best way to say it, to her becoming Panther. But you kick the tires on all sorts of ideas. And you just want to make the best decision and do what’s best for the story. [Nakia] got kicked around! Her name got kicked around for sure.”

Based on the combination of widespread praise and unquenchable thirst that’s been showered upon both Duke and Nyong’o since Wakanda Forever was released, we could say with some degree of confidence that it would have been rapturously received if either of them wound up inheriting the mantle of Black Panther, especially when Wright’s controversial views continue to gather headlines.