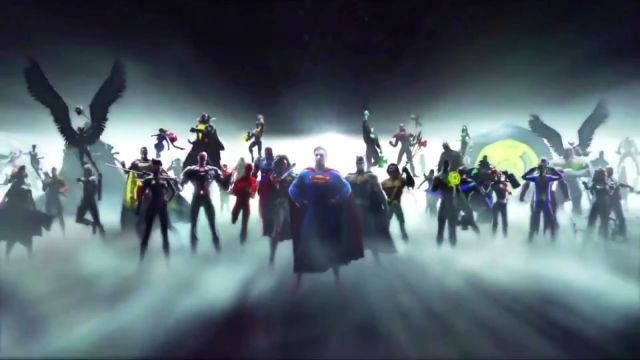 The DC film franchise will be receiving a major facelift. Gone are the days of the DCEU, and we’re to embrace the new era of… the DCU. Inspired!

This comes after Warner Bros announced The Suicide Squad director James Gunn and Peacemaker producer Peter Safran will be in charge of the newly-formed DC Studios division, essentially the studio’s answer to Kevin Feige.

Per The Hollywood Reporter, Warner Bros. Discovery CEO David Zaslav released a statement about the future of the superhero franchise with Warner Bros and how he welcomed Gunn and Safran to the team. He also clarified that the franchise is now called the “DC Universe,” or “DCU,” implying that the “DCEU” is no more.

“DC has among the most entertaining, powerful, and iconic characters in the world and I am thrilled to have the singular and complementary talents of James and Peter joining our world-class team and overseeing the creative direction of the storied DC Universe.

“Their decades of experience in filmmaking, close ties to the creative community, and proven track record thrilling superhero fans around the globe make them uniquely qualified to develop a long-term strategy across film, TV, and animation, and take this iconic franchise to the next level of creative storytelling.”

This sudden clarification of the franchise’s name has shocked fans on social media. Yet, some have begun to welcome the change with open arms, saying it sounds much better than DCEU.

DCU’s operations will remain the same as it continues to film both in and out of the DC Universe timeline. It’s been reported that future DC film titles will fall under the hands of Gunn and Safran.

Meanwhile, current and existing projects will go to other producers in DC Studios. Warner Bros hopes that this new era of the DC film franchise with Gunn and Safran would continue to entertain fans as they work to revitalize these superheroes on the big screen.