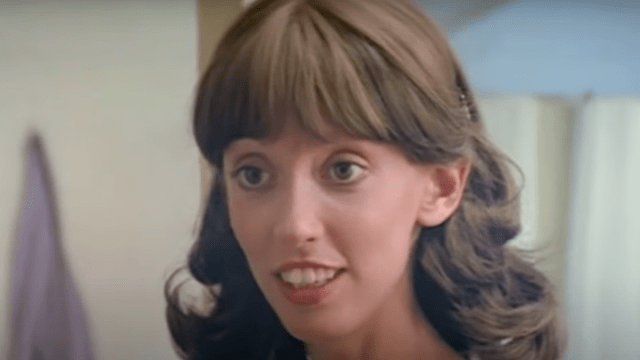 In any business, careers rise and fall, and sometimes people step away without any explanation of where they have gone. In entertainment, this can make fans feel longing. Several did for years with Shelley Duvall, and her journey has been a tough one.

The 73-year-old recently made headlines for signing on to a new project after more than two decades away from the screen. Before this, her career began in 1970 with a role in Brewster McCloud. Several collaborations with Robert Altman followed before Duvall landed her perhaps best-known role in The Shining and produced several anthology television series before their current heyday. After working on Mana from Heaven in 2002, she just stopped and nary a word was heard for years.

Then daytime television came a-calling, and the result was not good.

In 2016 Phil McGraw and his team interviewed Duvall on his Dr. Phil show. In the footage, Duvall, then 67, made claims about actor Robin Williams being alive, expressed a sense of paranoia about people looking to hurt her, and said Williams could shape-shift. People were outraged, several attributed her state today to how Stanley Kubrick treated her on The Shining. As with a great many things, there is more to Duvall—who she is and how the public should see more to her legacy as an artist than meets the eye.

Last year, The Hollywood Reporter published a piece which finally tracked down Duvall and allowed her to speak on her own terms. In contrast to salacious claims about how she is, her memory, and ability to converse is still quite sharp. Although she could be gripped by anxiety attacks or unusual and unrealistic topics, the outlet found Duvall could speak easily about her life and career, something she is very proud of. Toy Story 3 director Lee Unkrich, a fan of The Shining, said all she needs is help, and stigma around these struggles is what made Duvall into a pariah from industry and community which previously welcomed her with open arms.

“Unfortunately, on Dr. Phil, the world saw what it’s like to have untreated mental illness. That has helped make Shelley mostly forgotten by Hollywood.”

Later in the article, Duvall disputes the notion Kubrick treated her badly. She says he was warm and friendly. She hinted that what made her leave Los Angeles for a quieter life was burnout from people, some financial issues of an unexplained nature, and also blasted Phil for what he and his team did. She said he tried to get back in touch with her after by reaching out to her mom with multiple calls.

Today, Duvall has a protective community around her in the area she calls home. Her legacy is better than it used to be. While there is no guarantee what will happen next for her, she is happy, working, and no longer the joke she was made out to be on TV.