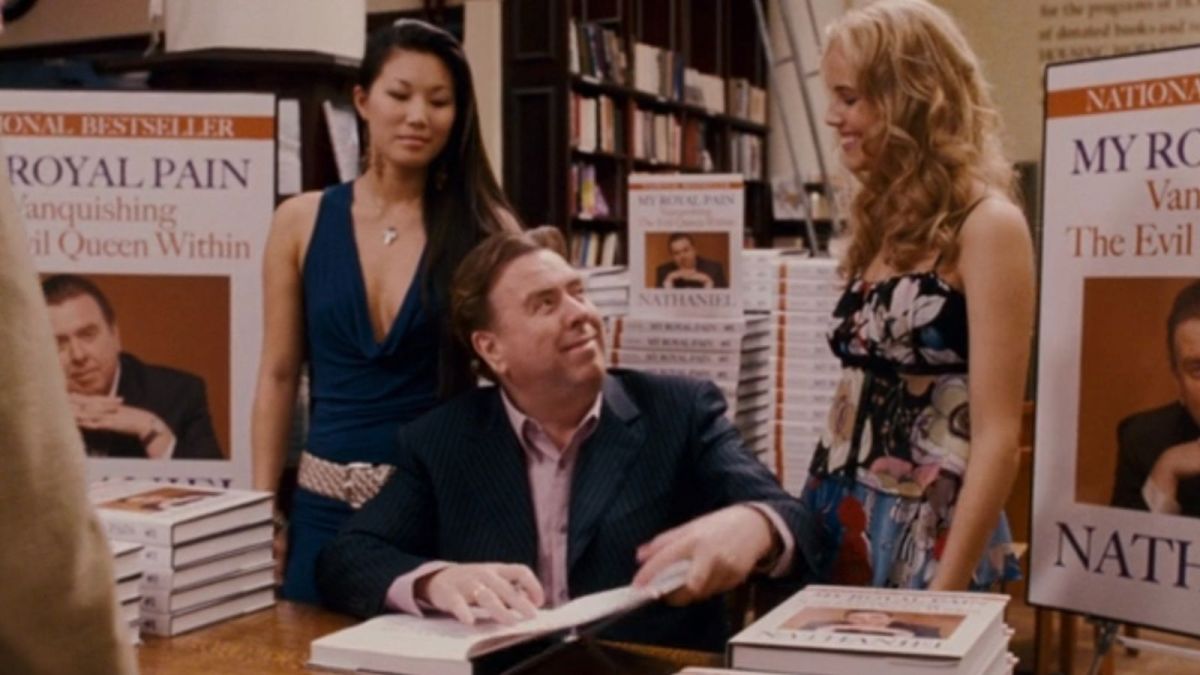 Disenchanted brought back notable characters from the original 2007 film and showcased what their life was like after their happily ever after the screen went black. And while we got to see some familiar faces, one character did not make his triumphant return. Nathaniel was one of the antagonists in Enchanted before switching sides during the final climax. Unfortunately, he didn’t have a major role when the sequel arrived.

Nathaniel was last seen during the end credits of Enchanted, where he became a successful author in New York City. The formal royal servant left his position in the royal family and didn’t return to the kingdom of Andalasia. While most of the characters made a comeback in Disenchanted, Nathaniel was nowhere to be seen.

So what happened to Nathaniel and why wasn’t he in the sequel?

The current whereabouts of Nathaniel

Nathaniel was played by Timothy Spall, known for his role as Wormtail in the Harry Potter series. He also played Winston Churchill during the closing ceremony of the 2012 London Olympic games and is featured in other notable films and projects to this day. Knowing this, we know it’s possible for Spall to come back and reprise his iconic Disney role, but he didn’t. But his glaring absence is backed by a reasonable explanation.

The reason why Nathaniel isn’t in Disenchanted is because the sequel takes place in Monroeville, a suburb far away from New York City. So as Giselle and her family move away from the big city, Nathaniel is the only Andalasian left in New York. He’s possibly living his best life as a self-help author. But maybe it’s a good thing that he didn’t appear in the sequel. After all, he found his happily ever after.

Disenchanted looks at life after the clichéd happily ever after and the promise of a fairytale love story after the end-credits roll. In a way, Nathaniel’s absence is the best route the film opts to display the same. While it would be cool to see him back, knowing that he is leading a happy life in New York should be more than enough. He doesn’t need Giselle or Edward to help him discover who he is as he already got his life sorted at the end of Enchanted.

Disenchanted is now streaming on Disney Plus.