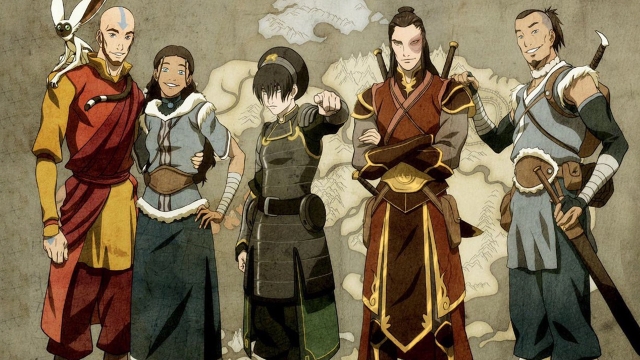 San Diego’s 2022 Comic-Con was an absolute treasure trove of thrilling geek news, with a huge number of trailers and announcements going out over the course of the four-day event.

One of the most exciting bits of news — at least for fans of Nickelodeon’s Avatar: The Last Airbender —  involved a spin-off of the beloved animated franchise. A full-length animated film was announced during the event’s third day of panels, autograph signings, and events, and fans are already dreaming up what the new movie might contain. Here’s what we know so far.

What is the new Avatar: The Last Airbender movie about?

Theories about an eventual Avatar: The Last Airbender film have been swirling for years. The popular franchise already got a live-action movie adaptation, and it was so bad it briefly turned the fandom off adaptations completely. A new live-action attempt is currently underway at Netflix, but details about its process and casting are instilling hope in even the most cynical of fans. It seems Netflix is doing its utmost to remain true to the source material, and fans are slowly coming around to the idea that a live-action adaptation of the series could be stellar. Just not in M. Night Shyamalan’s hands, apparently.

Animated films following Avatar Kyoshi or Zuko’s journey to find his mother have both been popular picks among fans for years, thanks in large part to the books and comics detailing these events. When news of an animated Avatar film first dropped, many fans assumed it would dig into one of these established storylines.

Instead, the animated film is focused around something else: Team Avatar in their young adulthoods. Fans have already seen Aang and the Gaang in their adolescence, as they fought against Firelord Ozai and his army, and in their later years in Legend of Korra. The sequel Avatar series includes several members of the original team, including Katara and Toph, but many favorites were absent from the show. Stories and flashbacks filled in some of the gaps about these beloved characters’ lives, but fans were left with bare details about what transpired in the decades between Aang’s story and Korra’s.

These are the years the new Avatar movie aims to target in the new film. The release will follow Aang and his friends as they leave the war behind them and grow to full maturity, starting families and establishing new roots in the world they helped save.

The prospect of a renewed look at the beloved cast of characters from the first Avatar series is delighting fans, many of whom were surprised when the focus of the new film was announced. It’s welcome news to the hordes of fans this franchise has, many of whom have been waiting years to learn what comes next for the Avatar team.

When does it come out?

The first of three animated films from Avatar Studios, the as-yet-unnamed Avatar flick has yet to receive an official release date. It does already have a loose team attached to it, however, with the original show’s creators, Bryan Konietzko and Michael Dante DiMartino, both set to return as producers. Lauren Montgomery is set to direct to film, bringing years of work in animation — and a background in both The Last Airbender and The Legend of Korra — to the table.

Production for the film reportedly started in mid-2021, but films in general — let alone animated films — take a long time to create. Chances are good that we won’t be getting another glimpse of the film for awhile. The film is headed to theaters in 2024, according to news out of San Diego Comic-Con.

While they await its release, fans can rewatch the entire series — and the Legend of Korra sequel series — on Netflix.