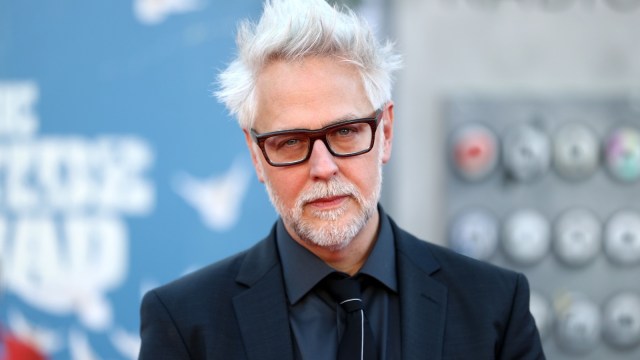 James Gunn and Peter Safran are on the case. And they have a plan. It spans eight to 10 years, and they seem very confident it will solve all of the DC Universe’s problems.

At the beginning of 2022, the DC Films branch of Warner Bros., responsible for bringing DC Comics adaptations in film, TV, and other media to life was in bad shape following controversies related to Justice League‘s Joss Whedon and Zack Snyder, as well as repeated failures at the box office.

The merger between Warner Bros. and Discovery, Inc. only spelled more bad news. DC Films was subjected to hefty cuts resulting in the cancellation of numerous projects, most notably Batgirl. With the new leadership, at the hand of David Zaslav, the entire structure of DC Films was overhauled. Previous director Walter Hamada resigned, James Gunn and Peter Safran were named CEOs and DC Films became DC Studios.

Gunn has been a DC mainstay since being asked to write and direct the The Suicide Squad in 2018. He went on to be the main creative behind the movie’s Peacemaker spin-off television series for HBO Max. Before that, Gunn had enjoyed great success at DC’s biggest competitor Marvel Studios as the writer-director in The Guardians Of The Galaxy series.

A veteran in the superhero business, Gunn’s new position as co-CEO of DC Studios means he is now working exclusively for the company, and his ties with Marvel will come to an end after The Guardians Of The Galaxy Vol. 3 drops in May of 2023.

As for Peter Safran, he produced Aquaman, Shazam!, The Suicide Squad and Peacemaker, and is also in charge of Shazam! Fury of the Gods, Blue Beetle and Aquaman and the Lost Kingdom. Safran and Gunn worked together on their common projects, and will continue working together to oversee every DC Studios’ production going forward.

What productions can we expect?

On Nov. 10, David Zaslav hosted a video conference meeting to introduce Safran and Gunn to the rest of the Warner Bros. Discovery ranks, where the producer and director first introduced their ten-year plan for DC.

This plan will prioritize an “overarching story” in the likes of the Marvel Cinematic Universe. “One beautiful big story across film, television gaming, live-action, and animation,” Safran said in the meeting. Gunn then revealed that the two had been meeting with creatives across all areas in order to “map out that eight-to-10-year plan.”

Gunn showed preference for Batman and Superman’s dynamic, as well as lesser known DC residents like The Metal Men and Bat-Mite. The director also took to Twitter to acknowledge fans’ pleas to bring back cancelled shows like The CW’s Legends of Tomorrow or to release David Ayer’s cut of 2016’s Suicide Squad.

Although Gunn assured him and Safran will remain open to fans’ requests, he reiterated that their focus is on “hammering out the new DCU, and telling the Biggest Story Ever Told across multiple films, television shows, and animated projects.”

DC Films’ previous CEO Hamada wasn’t the biggest fan of Henry Cavill’s Superman, apparently, with one of his first projects being J.J. Abrams’ reboot of Superman that never came to be. Fans are hoping Gunn and Safran’s leadership will bring both Cavill’s Superman and Ben Affleck’s Batman back to the DC Universe for good. Variety reported that the studio is currently accepting writers’ pitches for a Superman sequel.

Gunn has also confirmed Margot Robbie will be returning as Harley Quinn in the future.

As for other already established members of the DCU (previously known as DCEU), there are a number of projects already in varied stages of production, whose release will now be controlled by the new DC Studios bosses. Shazam! Fury of the Gods, Aquaman & the Lost Kingdom, The Flash, and the debut of the Blue Beetle are all currently in post-production.

A third Wonder Woman film is also in the works, as well as season two of Peacemaker for HBO Max, which will be directed by Gunn himself.

Matt Reeves’ continuation of The Batman series or Todd Philipps’ Joker movies both fall outside of Gunn and Safran’s plans for a connected universe as they exist outside DCU’s main continuity. Although Reeves worked under Hamada for his film, and will most likely report back to Gunn and Safran going forward, Philipps will, instead, continue working with Warner Bros. Pictures’ Michael De Luca and Pamela Abdy, according to The Hollywood Reporter.

Joker: Folie à Deux, starring Joaquin Phoenix reprising his role as Arthur Fleck and introducing Lady Gaga as Harley Quinn, is scheduled for an Oct. 4, 2024 release, while Reeves has yet to hand in a finished version of the script to the The Batman sequel. Per Variety, earliest estimates for the latter’s release are shooting for 2025.

Of course, all of these projects are leftovers of previous DC leadership. Gunn has confirmed that he and his partner will be presenting their plan for the future of the DC Universe to their Warner Bros. Discovery bosses within the next two months.

It’s unclear whether fans will be let in on the fun just yet, but details about the DC Studios’ CEOs’ plan for their so called multi-platform and multi-format “overarching story” should start surfacing after that presentation takes place.