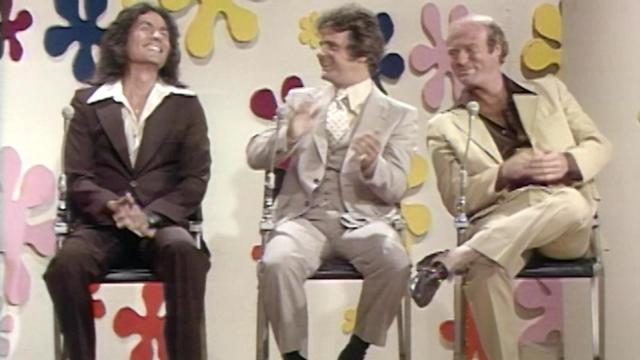 Psychological thrillers are having their moment right now (see: Don’t Worry Darling). It only makes sense then that Academy Award-nominated actress Anna Kendrick is squeezing the hype for every drop that it’s worth.

Kendrick is poised to make her directorial debut with The Dating Game, where she will take a page out of Wilde’s book and star as the movie’s lead. She is set to play the real-life Cheryl Bradshaw, a contestant on the 1978 then-hit reality dating show The Dating Game. It was on the game show that Bradshaw crossed paths with, and almost ended up dating, one of the U.S.’ most infamous serial killers, Rodney Alcala (pictured above on the far left).

Here is the true story behind the blood-curdling crime that shook the nation and how Bradshaw dodged the bullet at the very last minute.

The spine-chilling true story behind The Dating Game

The Dating Game‘s impact on reality dating is felt to this day, whether it’s ABC’s spin-off Celebrity Dating Game or RuPaul’s Drag Race‘s in-show game Snatch Game of Love. However, the story behind The Dating Game‘s infamous past is anything but pleasant.

In 1978, its star contestant, Rodney Alcala appeared as one of three bachelors looking to win a date with a pretty lady. Back then, background checks were not required to the same extent they are now, so Alcala’s sexual assault past and attempted murders were not flagged prior to making it on the show (he’d already killed and raped four people by then, one of which was an 8-year-old girl.) For that reason and that reason alone he was permitted to serve as Bachelor Number One. The woman, in this case, Bradshaw, was tasked with asking each bachelor a series of questions to get to know them better.

In the end, Bradshaw chose Alcala, but backed out at the last minute because, “I started to feel ill,” she told The Sunday Telegraph in 2012. “He was acting really creepy. I turned down his offer. I didn’t want to see him again.”

“He was kind of a creepy guy,” said Jed Mills, one of the contestants who sat next to Alcala on the show, according to LA Weekly.

Alcala, who had a proclivity for photographing his victims after brutally murdering them, met an end one can only describe as poetic justice. It was his “photograph” on The Dating Game that ended up helping authorities pin him for the murder and rape of 12-year-old Robin Samsoe. Samsoe’s friend at the time, Bridget, had seen Alcala when he approached the two of them on the beach asking for photographs. She was able to confirm his identity from his appearance on The Dating Game, revealing in an episode of 20/20 that she recognized him immediately. “And right when I saw the three contestants, I said ‘That’s him!’ That is him. No question. That is the man. And when I heard his voice, without a shadow of a doubt, that is him.”

Alcala was sentenced to death but died by natural causes while awaiting trial at the age of 77 in 2021. He was definitively linked to eight murders, although authorities believe he killed over 130 people, according to the Associated Press.

Cheryl Bradshaw’s life-saving escape from Alcala’s grip will serve as the backdrop of Anna Kendrick’s psychological thriller The Dating Game. No doubt, too, will the first words Alcala ever spoke to Bradshaw at the beginning of the episode: “We’re gonna have a great time together, Cheryl.”