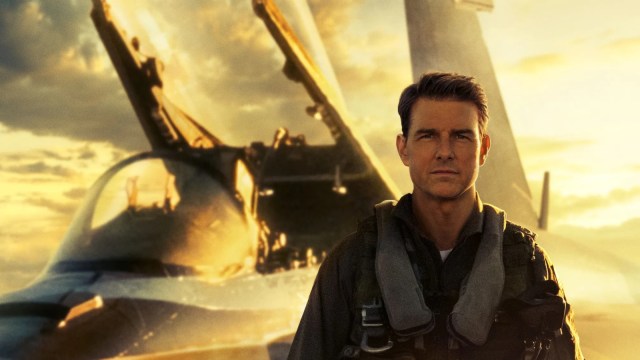 Finally Top Gun: Maverick has started its descent at the movie theaters and it will be flying right into your home. The theatrical run of the Tom Cruise Top Gun sequel began in May 2022 and just about seven months later, during the holiday season, Top Gun: Maverick will be coming to a streaming service. This is after being critically and commercially successful, with a ‘Certified Fresh’ rating on Rotten Tomatoes and making nearly $1.5 billion at the box office, taking the title of the highest-grossing film of 2022 so far.

In case you have not yet seen the film, Top Gun: Maverick follows the events of the original 1986 film, with Tom Cruise reprising his role as Captain Pete ‘Maverick’ Mitchell, as he takes on younger pilots to train for a new mission. One of these recruits is Lieutenant Bradley ‘Rooster’ Bradshaw (Miles Teller), who is the son of Maverick’s late best friend Goose, who died in the first film. It does not have to be said that the film outperformed any and all expectations set by the original film, so let us not keep you waiting any longer and unpack everything we know about Top Gun: Maverick coming to streaming.

Where can I stream Top Gun: Maverick?

Top Gun: Maverick, which was directed by Joseph Kosinski, will be arriving on Paramount Plus on Dec. 22, 2022, in the United States, Canada, the United Kingdom, Australia, Germany, Switzerland, Austria, and Italy. It will also be streaming on Epix, which will be going through some rebranding in January as MGM Plus, on the same day as its arrival on Paramount Plus. The seemingly longer push to keep the film in theaters undoubtedly helped its box office, which held up amongst superhero films and an entry in the Jurassic World franchise. In fact, the film was performing rather well, only showing signs of slowing down in October, which makes sense considering the large showing that horror films like Smile made during the Halloween season.

The film did so well that it would be shocking if we did not get a sequel in some form, which we covered earlier in the year here. Top Gun: Maverick will most likely be taking off on the streaming charts during the holiday season, with fans wanting to rewatch the film with their families. So make sure you catch Top Gun: Maverick when it jets onto Paramount Plus and Epix starting from Dec. 22, 2022.