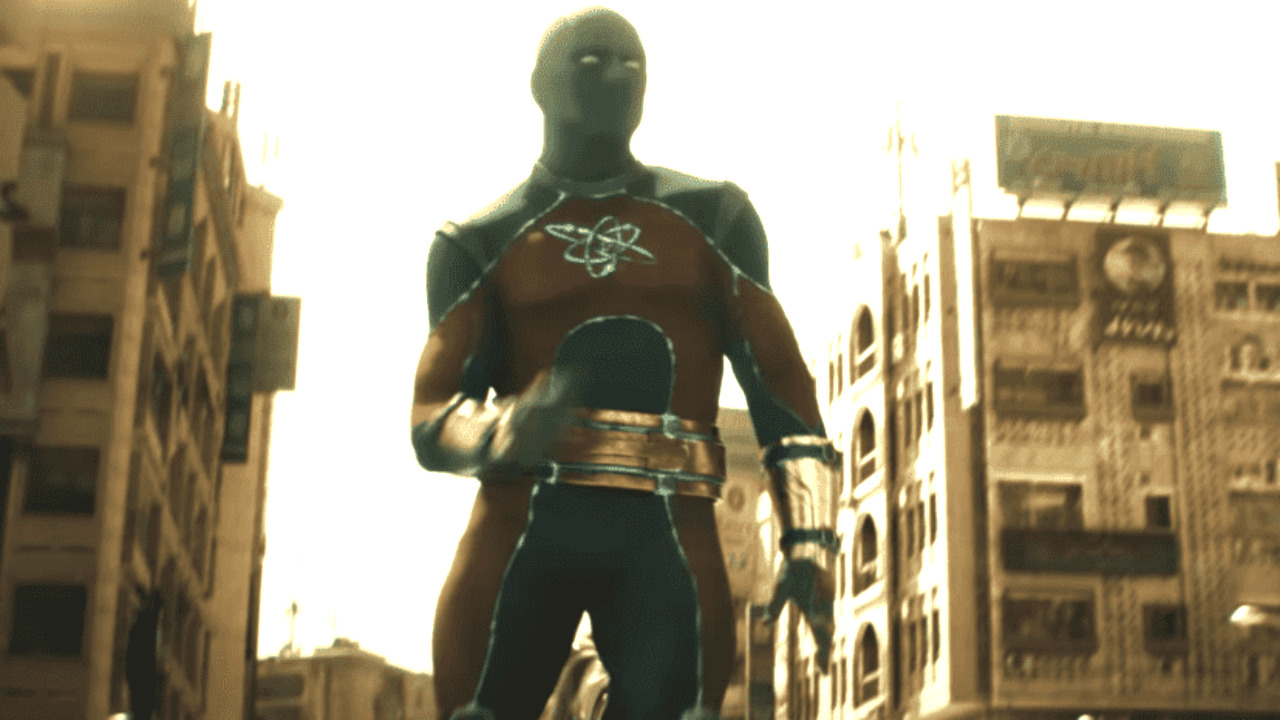 To bring down the magical anti-hero in Black Adam, the Justice Society of America is going to need some big guns on their roster. This is where Albert Rothstein/Atom Smasher comes in. Noah Centineo will play Albert in the DC movie with the power to grow into a giant in order to, well…smash things. They hope it will be enough to take down the rampaging Black Adam.

Atom Smasher is one of the younger members of the JSA, and alongside him for the heroic ride are Doctor Fate (Pierce Brosnan), Hawkman (Aldis Hodge), and Cyclone (Quintessa Swindell). Centineo hopes to set a foundation for his character in the movies. With Albert in his youth, he will be a very naive hero who has to contend with issues of morality for the first time. This will start to transform him into the hero he’s destined to become. Albert is a legacy hero and his past follows him like a shadow, inspiring him to separate himself and make up for the wrongdoings in his bloodline.

Albert Rothstein first appeared in All-Star Squadron #25 and was created by Roy Thomas, Jerry Ordway, and Mike Machlin. His grandfather was Cyclotron, a supervillain with the metahuman ability to manipulate his molecular DNA which allowed him to change the size and density of his body, and Al inherited these powers. Albert was the godson of the Golden Age Atom Al Pratt, and his path was redirected away from his father’s to become the hero known as Nuklon. He joined the superhero team Infinity, Inc., and served in the Justice League. Finally, he joined the Justice Society of America, changed his name to Atom Smasher, and co-founded this incarnation of the team.

It’s in the JSA that he becomes an older-brother figure to Al Pratt’s son, Grant Emerson, who took the name of Damage. Grant had explosive powers and an attitude issue, but Atom Smasher was there to help guide him down the heroic path — perhaps as a way to deal with his own demons. Courtney Whitmore/Stargirl developed a crush on Albert, but it wasn’t reciprocated; the age gap between the two was very wide, and it would’ve been incredibly improper.

Atom Smasher’s relationship with Black Adam definitely complicated things. When he went to Kahndaq, Black Adam’s home country, the JSA hero begins to reconsider his opinion of him and comes to understand his plight. He stays in the country and befriends Black Adam, but Atom Smasher was killed by the spirit of vengeance known as the Spectre. Black Adam resurrected his friend, and Atom Smasher was returned to JSA headquarters. He then he surrendered himself to the high-level prison facility, Belle Reve, for his criminal actions during the invasion of Kahndaq. That’s where A.R.G.U.S. director Amanda Waller swooped in and made him an offer to join the Suicide Squad.

The character has a history of being pulled by both sides of his familial history; on one side is his supervillain grandfather, and on the other is his heroic godfather. In Black Adam, Al Pratt will be Atom Smasher’s uncle who acts as a positive role model for the young hero and shows him the proper way to fight for good.