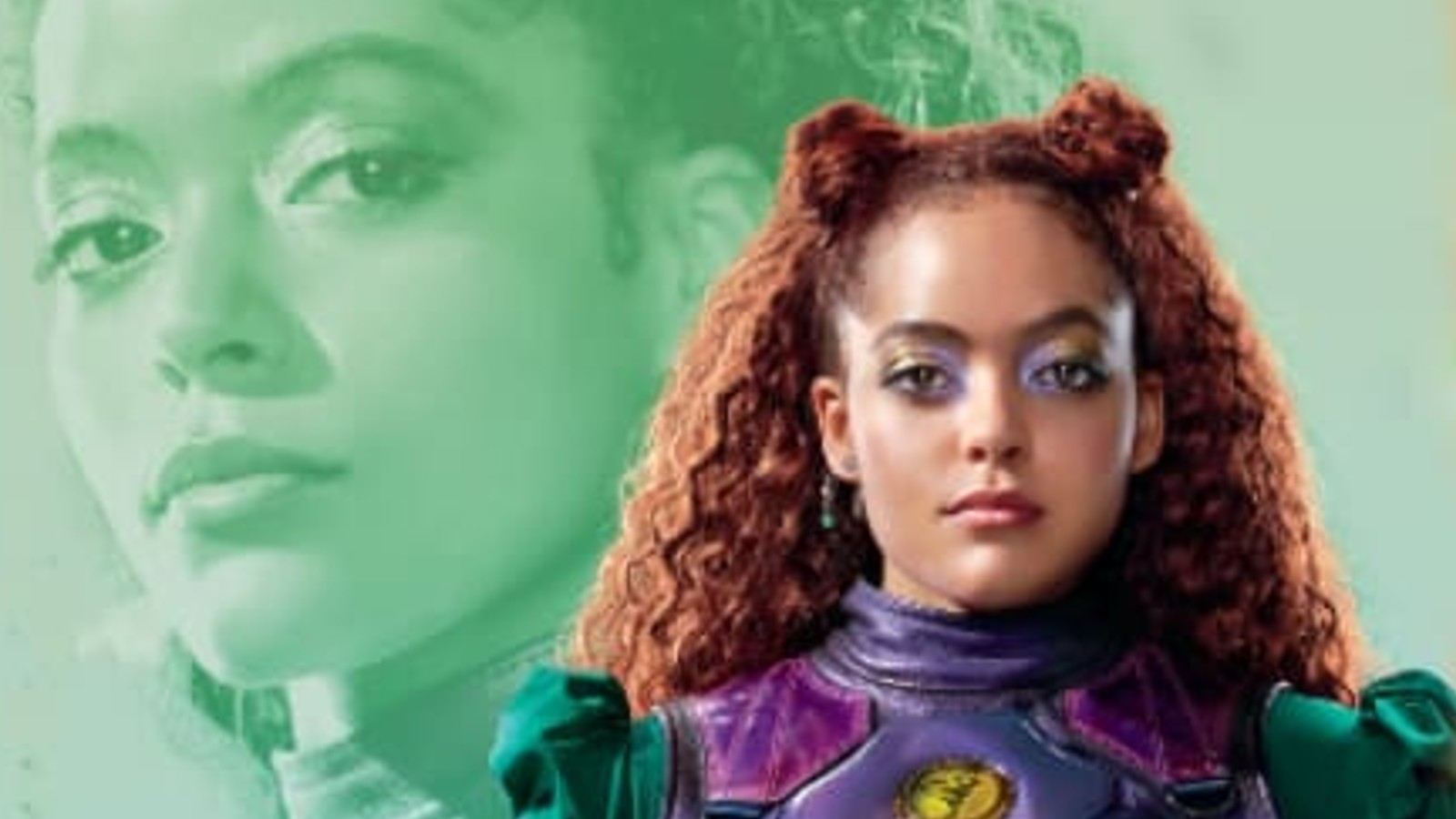 The Justice Society of America will be taking on the titular anti-hero in Black Adam, and Cyclone plays a significant part in the fight. Quintessa Swindell will be playing the role of the wind-based elemental witch, and she’s the first actress to bring the character into live action. It’s a role she’s not taking lightly.

In the movie, Cyclone is one of the newest members of the JSA, and she comes from a superhero lineage. The character will be trying to find her place and will go through a major shift where she questions their rights as superheroes to involve themselves in certain affairs. She’s seen in the Black Adam trailer using her powers over the wind, flying through the air, and attempting to trap Black Adam using rods.

Swindell spoke about Cyclone in an interview with Esquire and discussed the creative way in which her powers manifest. “The way Cyclone moves is so sick,” said Swindell. “The way that her powers come out is through dance. So every movement, for me, was inspired by Isadora Duncan. In the ’20s, she was the butterfly woman. If you look it up, it’s insane. When you look at the butterfly dance—it’s the biggest number that she’s done and is most famous for—that is pretty much how Cyclone moves.”

In the comics, Maxine was kidnapped by the mad scientist T.O. Morrow when she was only six years old. Morrow created the second Red Tornado, and he infected Maxine with nanobytes to alter her DNA, but there were seemingly no obvious effects. Thankfully, the JSA arrived and saved her from Morrow. It wouldn’t be until years later for the experimentation to take its effects.

Maxine first appeared as Cyclone in the pages of Justice Society of America #1 (2006) by Geoff Johns and Dale Eaglesham. She was first depicted as a Harvard University student who suffered from atypical depression. She’s the granddaughter of Ma Hunkel, the first Red Tornado, and she was a total musical theatre nerd whose rants ostracized her from her classmates. She went to the top of the school building one day and stepped off the edge, but instead of falling to her death, she used her wind powers to “defy gravity.”

This performance of hers was seen by Power Girl and Mr. Terrific, who were there to recruit Maxine for the JSA. She was a legacy member and her wind powers had just begun to manifest, putting her at the top of the list. She joined the team along with other young legacy members, and they learned how to be the kind of superheroes to lead the world into the future.

Maxine became best friends with Courtney Whitmore/Stargirl who also helped teach her the ropes since she’s been in the game longer than the newcomer. Maxine looked up to Stargirl prior to being asked to join the team, so this was a big moment for her. When it came time to pick her superhero name, Maxine didn’t want to copy someone else’s and instead came up with “Cyclone Kid.” Stargirl advised her to drop the “Kid,” and thus she was known as Cyclone.

Cyclone went on to fight the Fourth Reich and was part of the JSA when they aided the Justice League of America during the “Lightning Saga.” She’s made a few appearances post-JSA, including the mega-event, Final Crisis, where Darkseid tried to overthrow reality, but she hasn’t seen much action in the comics recently. Maybe Black Adam will reinvigorate interest in the character, and she can make a full return.