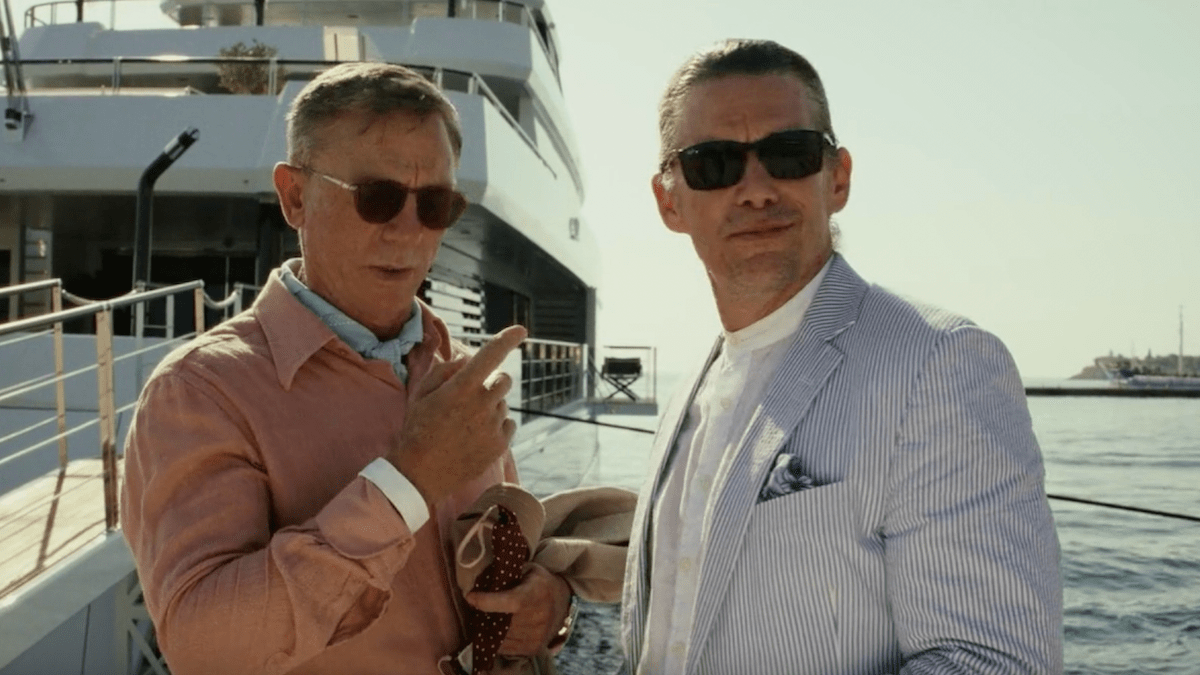 Rian Johnson’s eye-popping extravaganza Glass Onion: A Knives Out Mystery, which serves as the sequel to 2019’s Knives Out, is currently one of the most popular movies on Netflix right now. After shattering numbers and entering Netflix’s Top 10, eagle-eyed subscribers have continued their journey onward when it comes to dissecting clues and pointing out Easter eggs in the fresh-faced sequel. And while Johnson’s murder-mystery masterpiece is chock-full of enticing clues and ominous characters, it appears that fans are all focused on one specific character — and that would be Ethan Hawke’s cameo appearance as the ‘Efficient Man.’

So, as Netflix subscribers around the world indulge in Johnson’s latest pulse-pounding sequel, let’s carefully examine the origin of the Efficient Man and what purpose he actually serves in the 2022 hit.

Who is the Efficient Man?

As previously mentioned, the Efficient Man is a character in Glass Onion and is portrayed by notable actor Ethan Hawke (Sinister, The Black Phone, Moon Night). In the movie, the  Efficient Man is subtly introduced as the assistant of Miles Bron (Edward Norton). The Efficient Man greets Bron’s friends and guests at the boat dock just before they board the ship to Bron’s secluded Greek island. With a slick ponytail and mysterious demeanor, it’s certainly safe to say that Hawke nailed the role — which effectively resulted in fans asking a variety of questions in relation to the character.

What did he spray in the party guests’ mouths?

Seeing as Glass Onion’s narrative is taking place during the height of the COVID-19 pandemic, most of Bron’s guests and friends show up to the dock wearing masks to shield themselves from the virus. However, on the dock, the Efficient Man walks around and sprays a mysterious substance into the mouth of each guest — some react to it more dramatically than others. After Daniel Craig’s Benoit Blanc is sprayed, he goes to put on his face mask, but the Efficient Man bluntly tells him: “You’re good.”

With that being said, it’s become a mystery as to what exactly the Efficient Man sprayed in their mouths. The most logical explanation is that the substance is some kind of remedy or edible cure to the virus, which means the Efficient Man went ahead and gave all of the guests a liquid-based vaccine. Bron having the power and access to the COVID-19 vaccine many months before the rest of the world is a clear indication that he truly is a villain by all counts.

On the other hand, some people have speculated that the liquid substance that was sprayed into guests’ mouths could contain something more sinister — which could eventually affect the health of the guests somewhere down the line. Such a theory would be unsurprising, seeing as Bron wasn’t necessarily a big fan of any of his guests, and it is heavily implied in the movie that Bron simply does favors for them just to get favors of his own in return. Nothing more, nothing less.

Could the Efficient Man return for Knives Out 3?

As of right now, it has not been publicly confirmed yet if either Edward Norton’s Miles Bron or Ethan Hawke’s Efficient Man will be returning for Rian Johnson’s third Knives Out entry. And seeing as most of the cast from Knives Out (2019) did not return for the sequel — with the exception of Daniel Craig, of course — it seems unlikely that Johnson will continue the story for Hawke’s character. Nevertheless, with the abundance of cameo appearances that occurred in the recent sequel, perhaps Hawke can still return in some shape or form — and possibly as a completely different character.

Until then, murder-mystery enthusiasts will simply have to wait with bated breath til further announcements are made regarding the much-anticipated Knives Out 3. For now, Glass Onion: A Knives Out Mystery is available to stream on Netflix.