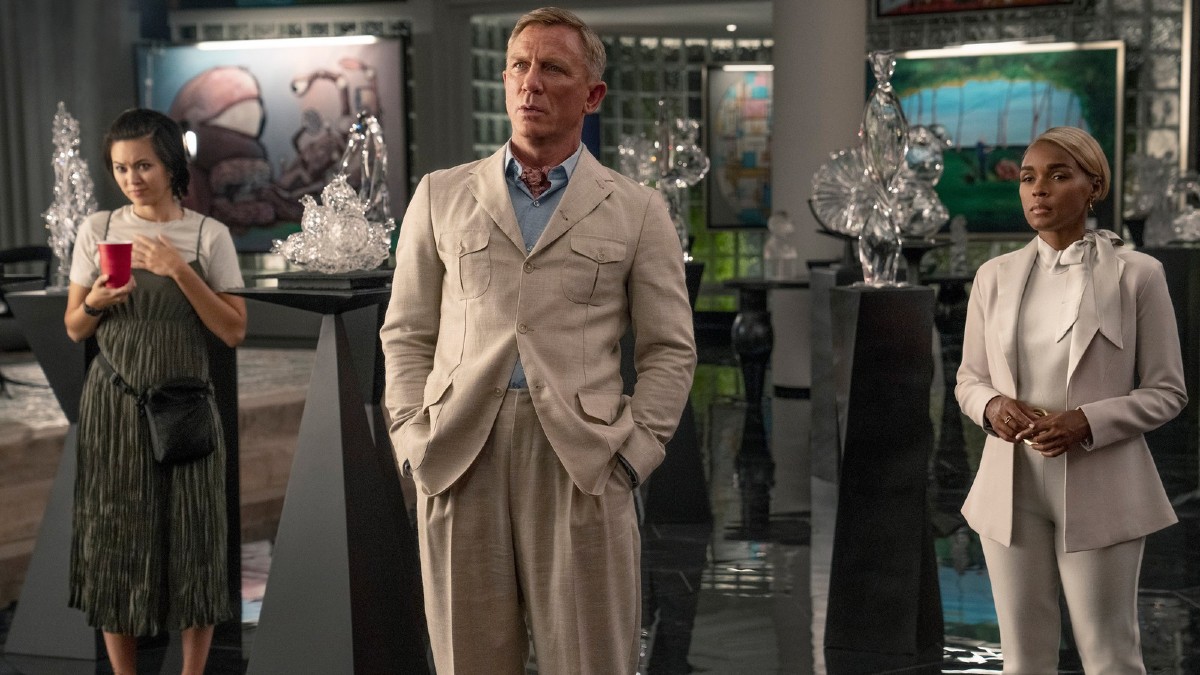 MCU is rolling in the wide expanses of the multiverse as we speak, so seeing any unexpected face in its universe isn’t an impossibility anymore. But imagine the suave and witty Detective Benoit Blanc from the Knives Out universe paying the MCU a visit to say solve a stitch in the fractured timeline or to aid Doctor Strange in getting rid of the incursion he has set off (and possibly that horribly CGI-ed third eye on his head). That would be one bonkers crossover, right?

So, while that is an enticing fantasy we can only mull over in our heads, we are focusing on what is tangible at the moment — the familiar faces from the Marvel land that will probably never get to share the silver screen together under the franchise but joined Detective Blanc in his latest crime-solving spree in Glass Onion: A Knives Out Mystery. As for exceptional actors who are not yet part of the MCU? Oh, we know just the right roles for ensuring that they make their debuts with a resounding bang!

First, let’s start with the MCU alums (past and present) that are a part of Rian Johnson’s latest whodunit murder mystery:

Edward Norton as Hulk in The Incredible Hulk

Glass Onion’s arrogant and, as Blanc puts it, incredibly dumb billionaire playboy is played by Edward Norton who was the OG Hulk before the Marvel Studios rebooted the MCU with Mark Ruffalo’s version of the green beast. But while Tim Roth’s Abomination from The Incredible Hulk is now officially a part of the MCU, chances of Norton’s Bruce Banners getting the same treatment are rather slim.

Seen as the harried mother and greedy politician Claire Debella in Glass Onion, Hahn’s MCU debut saw her as the witch Agatha Harkness who planned to strip Wanda of her powers and make them her own in WandaVision. At the time of writing, Agatha is trapped in Westview, stuck with playing Agnes, the sitcom character she pretended to be, as a punishment from Wanda, though Hahn is all set to star in her own Marvel series, Agatha: Coven of Chaos, set to release in winter 2023.

Dave Bautista is seen playing the incredibly annoying and misogynist Twitch streamer in the recent Netflix release. Since the inception of the Guardians in the MCU, he has played the endearing Drax across the Marvel films. But sadly, his time in the Marvel universe is all set to come to a close with the next and final Guardians film.

Though Henwick is, undoubtedly, an incredible actress, her role in Glass Onion somewhat mirrors her presence in the not-so-canon MCU. The Rian Johnson mystery relegates her to the supporting role of Peg, who is on the last leg of her patience as fashion designer Birdie’s (Kate Hudson) assistant. Amid the chaos of the real chess pieces in the mystery, Henwick’s character is merely a third wheel that… well, only gets to guard Birdie’s phone.

Her time in the MCU has been equally brief and pushed to the sidelines. She was seen as the martial artist Colleen Wing in the canceled Marvel series Iron Fist, a role she played in crossover episodes of Luke Cage and Defenders.

Hawke has one of those blink-and-miss scenes in the film as the nameless assistant of Nortan’s Miles Bron and is simply named “Efficient Man” in the credits. Thankfully, his time in the MCU hasn’t been that brief, though we would have certainly enjoyed it if the studio had roped him in for a long-term role. He played Arthur Harrow, the fanatic cult leader who followed Egyptian goddess Ammit and her particularly deadly brand of dealing justice.

Now, he isn’t part of the cast of Glass Onion, but his name is invoked by Miles when Blanc loses himself in the fiery pit of spices after testing his brand of hot sauce, though the actor doesn’t actually have any such product under his name. Could it be poking fun at how Renner’s appearance on the show Hot Ones ended with him in tears? Maybe.

As we know, Renner has been the underdog of the MCU as Hawkeye, the guy with tons of arrows and no superpowers. Though he did end up getting his own titular show on Disney Plus, his future as Clint Barton isn’t confirmed.

Jared Leto as Morbius in Morbius

Just like the fictional Renner sauce, Jared Leto is remembered in the form of his brand of hard kombucha. And no matter how hard many Marvel fans try to forget, he played the Living Vampire Morbius in the box office bomb of the same name earlier this year.

Now, it is time to day-dream and fan-cast the actors from Glass Onion whose presence could give the MCU the kick it seriously needs:

There had been heavily circulated rumors that Craig was set to appear in Doctor Strange in the Multiverse of Madness as Balder the Brave, another brother of Thor. It had also been reported that he was set to play the evil mega mutant, Mister Sinister. While both are obviously fine choices, imagine him as Doctor Doom, the archenemy of the Fantastic Four.

He already has practice being menacing behind a mask thanks to his Stormtrooper cameo in Force Awakens, we have already seen him ditching his easy-going-guy vibes as his calculative eyes catch on to every lie, and after his Bond era came to an end, his resumé is in dire need of a daring switch. What is more experimental than being an unredeemable villain?

Hudson — who plays the air-headed Birdie in the film — has already made her willingness to play a superhero or supervillain in the MCU public. In her case, we are so in favor of the role the fandom has in mind for her — as the antagonist Moonstone in the upcoming film, Thunderbolts, which will also see her half-brother, Wyatt Russell’s return as a U.S. Agent.

In the pages of the comic books, Moonstone is a former psychologist who gained her powers, and her name from a mysterious gem. Moonstone is known for manipulating people by switching how she behaves and after seeing Hudson’s Birdie in Glass Onion secretly despising Miles while being overly coy and pretending to be enamored by him in person, we are sure that this is THE MCU role for her.

Monáe is seen in the phenomenal dual role of twin sisters Andi and Helen in the Netflix film. While this alone is enough, the actress has more than proven her versatility with her glowing resumé. What’s even better is the fact that she has expressed interest in joining the MCU as the mutant Storm. She initially hoped to debut as Storm with Black Panther, as T’Challa and Storm have been romantic partners and were even married in the comic books. But even though the chances of that happening is out of the picture now, properly debuting the X-Men and the mutants is still in motion.

So, while we will eventually get over the fact that the Golden Globes hadn’t bothered to nominate her for Glass Onion, Marvel Studios better give her a call.

Leslie Odom Jr. as The Thing

He plays Miles’ shifty employee who is teetering on the edge of greed and morality. Even though the spotlight isn’t on him, anyone who has seen him in Hamilton and Murder on the Orient Express knows that the actor is capable of saying a million words with his impressive ability to emote via his expressions. And that’s exactly what The Thing, who goes through a whirlpool of warring emotions throughout his journey, needs.

She appears as Whiskey, Duke’s seemingly unintelligent and frivolous girlfriend. Cline’s role in Outer Banks was the first time the MCU started casting her in roles perfect for her and the best so far has been her possible debut as Emma Frost, a super-mutant who started as a villain but ended up becoming Professor Xavier’s trusted ally but was never really governed by the moral ground that controlled his decisions.

We are all for every exceptional acting talent out there joining the MCU so that every other film they do outside the franchise would be a mini-reunion that would be a scrumptious treat to the Marvel fandom. After all, we did pull this list together just to express our undying love for the cinematic universe, didn’t we?