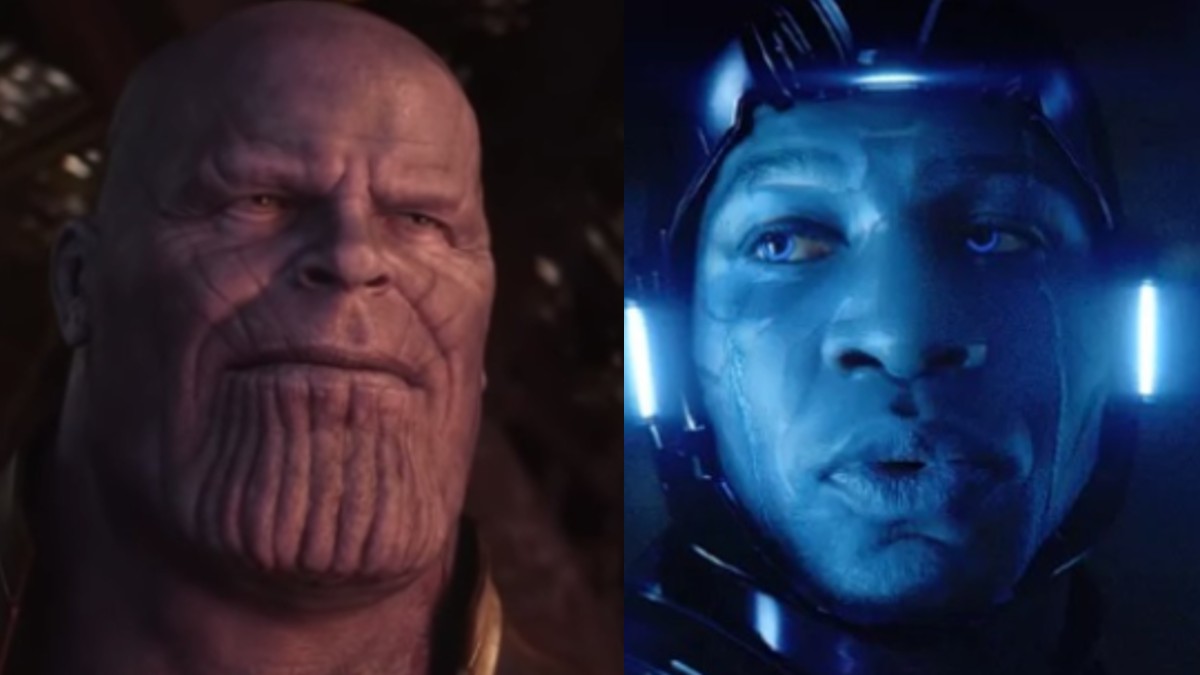 With the rise of Kang the Conqueror in the MCU, it’s only natural to compare him with the Mad Titan himself, Thanos.

Kang will next appear in Ant-Man and the Wasp: Quantumania and his ultimate plan will come to a head in the next two Avengers movies, but let’s look at the facts of what this colossal match-up would look like. They’ve got their share of similarities and differences as beings with a thirst for power and ultimately, these are two of the most dangerous beings in existence, but which is more powerful?

The power of Thanos

Thanos was the original MCU big bad who appeared in 2012’s Avengers and lingered behind the scenes, biding his time. He emerged and sought to collect Infinity Stones in Avengers: Infinity War, and it opens with him killing Loki and Heimdall, which gives everyone an understanding of how powerful he is. He sends his Sons of Thanos to Earth to retrieve the stones, and though they’re handily beaten by the heroes, Thanos still manages to collect all six of them. The heroes put up a good fight, but the more Infinity Stones Thanos gets, the stronger he is. Thanos comes for the Mind Stone inside of Vision, and when he gets it by using the Time Stone to circumvent Scarlet Witch, he snaps his fingers and half of the universe’s population turns to dust. That’s some major power.

In Endgame, Thanos’ reign of terror continues, but it eventually leads to his downfall. The remaining Avengers travel back in time to steal the Infinity Stones from the past to reverse the Snap, and after traveling back to key moments throughout the MCU’s history, they succeed in retrieving the Infinity Stones and Captain America, Iron Man, and Thor battle against Thanos. Without the stones in his possession, he can still throw down and they’re unable to stop him. But Scarlet Witch comes and uses her magic to stop Thanos, knocking away his sword, lifting him up into the air, and showing just how powerful she is. She likely would’ve destroyed him herself had he not commanded his spaceship to fire upon her. Then, Captain Marvel fights Thanos, doing some serious damage with her mighty punches, but he grabs the Power Stone and overpowers her. He finally loses when Iron man takes the Infinity Stones and snaps, and Thanos is ended.

The power of Kang

Kang’s full potential has yet to be seen, but there’s a lot we can extrapolate based on what’s known so far. In Loki, He Who Remains explains why he’s guarding the Sacred Timeline when Loki and Sylvie arrive at the Citadel at the End of Time. He’s a Kang Variant who’s attempting to stop a Multiversal War from breaking out. He’s been to many different timelines and met various Kangs, some of whom were good and some of whom were evil. By maintaining the Sacred Timeline he’s preventing Kang’s rise to power from happening, but Sylvie, still furious about the lack of free will, kills him with her blade. The timeline branches off and now the multiverse is in danger.

The fear of Kang is enough to understand just how dangerous he is. The potential destruction he’s willing to unleash is so destructive that entire timelines had to be severed to save everyone from that level of destruction. Yes, Thanos was a danger to the entire universe, but Kang is a danger to the multiverse. His level of domination far exceeds Thanos’ goals and he has the immense strength, intelligence, and technological dominance to make it happen. Because of these branched timelines, there’s a potential for an infinite amount of Kangs to come into existence and annihilate every other universe. This level of destruction is simply unprecedented.

Right now, Kang isn’t at his full strength. Based on the newest Quantumania trailer, he’s stuck in the Quantum Realm and in need of Ant-Man’s help to get out, but just because he’s down doesn’t mean he’s out. Once he is freed and grows in power, he will likely overpower Thanos by a considerable margin. Then, if you add a whole group of evil Kangs uniting to conquer all of existence, the heroes of the MCU have their work cut out for them. His power will be so great that it’s likely the Avengers themselves will have to enlist their own multiversal aid to defend the universes.

Thanos just doesn’t stack up against Kang and a lot of that has to do with their different motivations. Thanos wanted to depopulate the universe because of “overpopulation,” and then after he succeeded he stopped caring. He was basically finished unleashing his terror. Kang, on the other hand, has no end to the terror he wishes to exact upon the multiverse, making him a greater threat on all fronts. It’s clear-cut, Kang the Conqueror is more powerful than the Mad Titan.

As for the comic book canon, in Avengers: Mech-Strike #4 by Jed Mackay, Carlos Magno, Guru e-FX, and VC’s Cory Petit, the two have a showdown. A version of Thanos teams up with the Avengers to stop Kang, but when the unlikely allies surprise Kang inside the former Avengers HQ, it’s Kang who comes out the victor. He grabs hold of Thanos and uses his power to show him his entire lifespan in the matter of a second. Thanos turns into a skeleton and Kang holds up his skull, putting the matter to bed six feet under the ground.

This might not be so far from what would happen in the MCU if ever the two were to actually meet and come to blows. Thanos was able to get to Vision in Infinity War to steal the Mind Stone using the Time Stone, but otherwise, Scarlet Witch would’ve defeated him by herself. Captain Marvel was also able to handle Thanos on her own and Iron Man outsmarted him fairly easily by securing the Infinity Stones. Kang is the Master of Time and wields his power with frightening efficiency that Thanos just can’t compete with. Thanos would put up a good fight, but it would be for naught.