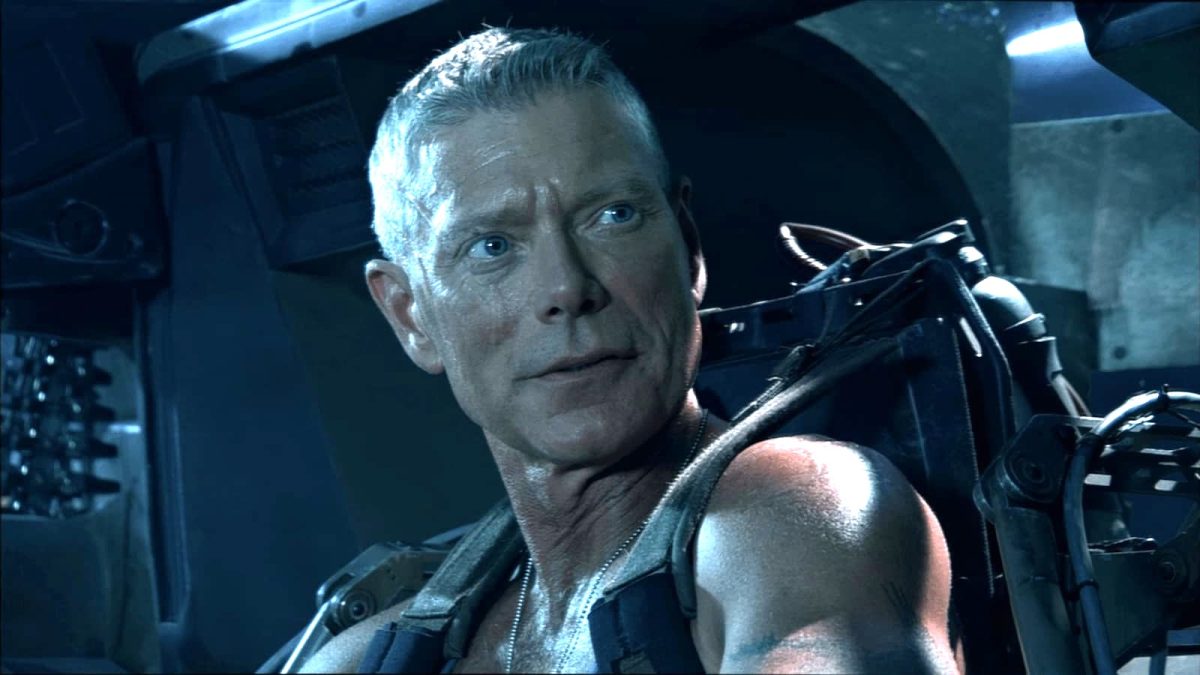 The following article contains spoilers for Avatar: The Way of Water.

There are many characters who return for Avatar: The Way of Water after appearing in the first Avatar which was released in 2009. The sequel — was also directed by James Cameron — follows Jake Sully (Sam Worthington) and Neytiri (Zoe Saldaña) as they protect their children against the forces of Earth. Those aren’t the only characters to reappear, as Dr. Grace Augustine (Sigourney Weaver) and Norm Spellman (Joel David Moore) also come back for the sequel.

But out of all the characters to return in the second film, it might be the return of Colonel Miles Quaritch (Stephen Lang) that was most surprising. Quaritch died at the end of the first film and he was arguably the main villain of that movie. So, when he pops up as a Na’vi in Avatar: The Way of Water to be the main villain once again, it’s only natural to wonder whether they might not pull the cloth over your eyes one last time and make him the villain of Avatar 3. So let’s take a look at what happens to Colonel Quaritch over the course of Avatar: The Way of Water and see if he might be returning for the next movie.

Is the villain of Avatar 3 going to be Colonel Quaritch?

Colonel Quaritch was killed in the first movie by Neytiri. At the beginning of Avatar: The Way of Water we see that they transferred his memories into an avatar, which is called a recombinant, although he has no memory of what happened to him after he left for his final fight against the Na’vi at the end of Avatar. He is immediately consumed by his hatred of Jake Sully for betraying the humans and siding with the Na’vi. Hunting down Jake and Neytiri becomes his number one priority, which he can now do with ease due to his new Na’vi body, mixed with his Marine Corps training.

Even though most of the humans fled Pandora and returned to Earth after the events of the first film, a number of people stayed behind to help Jake and his family, and to protect the Na’vi. Somebody who stayed without a choice was a young boy called Spider (Jack Champion), who was too young to be frozen for the trip back to Earth. However, once he grew up and Quaritch returned to Pandora years later, it was revealed that he was Spider’s father.

Quaritch kidnaps Spider from Sully’s family in an attempt to find out where they are hiding even though they fled after Quaritch attacked. During that time, even though Spider is antagonistic to his father’s recom, the pair almost bond while Spider acts as a Na’vi guide for the team of Marines after Sully and his family. Unfortunately, they are led to the islands where Sully is hiding out, where Quaritch and the Marines then torture their inhabitants and burn down their villages.

After that fails to draw them out, Quaritch decides to help poachers hunt the tulkun close to the Metkayina islands. This manages to catch the attention of the Metkayina, who want to go to war over the offense. After Sully’s children — along with the children of Tonowari, the leader of the Metkayina, played by Cliff Curtis — are kidnapped once again, the Na’vi take the fight to the Marines once again. The ensuing fight between Jake Sully and Colonel Quaritch leaves Quaritch for dead, sinking below his ship. Unfortunately, Spider grew a conscience and he rescued his father’s recom, bringing him safely to land for evacuation. Even though he took his mask and left Quaritch for the Na’vi, Spider did leave his father alive at the end of the film.

As for whether his villainous streak will continue into Avatar 3, well the odds seem good. So far we have gotten two Avatar films and he has been the villain in both. At the end of the movie, Jake Sully finally tells his family that he will be leading the fight against the humans, rather than just defending themselves. It seems likely that as the person who is most experienced in fighting against the Na’vi, Quaritch himself will lead the fight against Sully and his people.

Of course, they could always go a different way, with Spider convincing Quaritch that the Na’vi should be left alone, but with Quaritch’s track record that does seem unlikely. There is also the chance that while he could play a villain in the film, he might not play the main villain. After all, he did fail to fight Jake Sully and Neytiri twice, if not three times across the two films. There is always the chance that he is not trusted to go up against them another time and that he acts as a rogue agent.

For example, the film introduces Edie Falco as General Ardmore, the General who takes over operations on Pandora after Quaritch was killed and a majority of the humans stationed on Pandora were forced out. She could easily take over being the main villain of the third film, and she will probably be in charge of operations yet again. There is also the possibility that the third film introduces a new villain entirely, maybe somebody from Earth who has been specially trained against the Na’vi.

We did not see Selfridge (Giovanni Ribisi) other than his appearance in a video call, so there is a possibility that he is regrouping and coming up with forces to send back to Pandora for an all-out war, after Quaritch’s failure. They could even stop sending humans and just send an endless army of robots to fight against the Na’vi, the possibilities are nearly limitless. With that being said, the second film did repeat many of the beats from the first film, so the third could do the same and have Quaritch face off against Jake Sully and Neytiri one last time.

Although based on Avatar: The Way of Water, you have to wonder whether Spider will turn against the Na’vi and embrace being his father’s son. He seemed scared when Neytiri killed the other soldiers on the ship before Sully and Quaritch’s fight, so there’s always the chance that he could become the villain. But for official confirmation on the villain for Avatar 3, we will have to wait until that film graces our screens, whenever that will be.

Experience Avatar: The Way of Water while it is in theaters now.