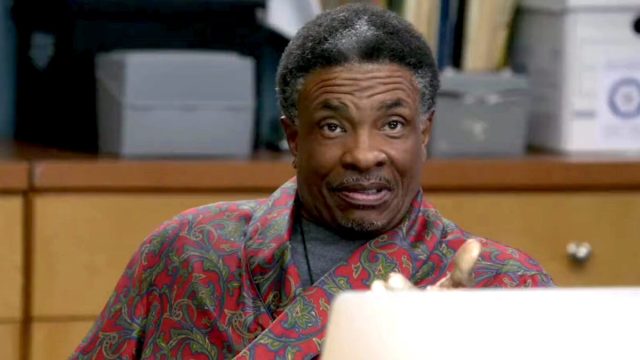 Remember the fateful line “six seasons and a movie” from the comedy series Community? Well, it’s finally happening and, suffice it to say, we are not okay.

The announcement briefly broke the internet when it was revealed that Peacock, Sony, and Universal TV reached a deal to finally fulfill the prophesied line Abed (Danny Pudi) uttered in season two which NCB Universal chairman of entertainment Susan Rovner says “started out as a cheeky line” but then “quickly ignited a passionate fan movement,” according to Variety.

Amid all the happy dancing and joyous celebration, Community fans are hungry for more news, namely which cast members from the series will return for the feature-length movie, especially since it’s been seven years since the 2015 finale. Keith David, who played the pioneer of virtual reality, Elroy Patashnik, was only in the last season of the show, but made a lasting impression. Will he return for the movie? Here’s what we know.

Will Keith David return for the Community movie?

When NBC canceled Community after its fifth season and the show moved over to Yahoo! Screen (RIP) for its sixth and final season, it bid adieu to Donald Glover, Yvette Nicole Brown, and Chevy Chase in the process. In their place came actors Paget Brewster and Keith David.

Even though season six was technically David’s first appearance on the show as Elroy, it wasn’t his first rodeo with Community. Seasons earlier, he narrated the famous pillow fight episode, which was his first exposure to the show, according to Variety, and one which led to his willingness to come on as a main character in season six.

“I love smart comedy that comes out of live situations. That’s what’s funny. Life is funny. You don’t have to have a laugh track — joke setup joke. I went to community college for a short time, but my work schedule interfered. It’s a certainly interesting premise to begin with. That’s the stuff you can sink your teeth into.”

However, of the cast members expected to return, Keith David’s name was not mentioned. Neither was Donald Glover, Chevy Chase, Yvette Nicole Brown, John Oliver, Keith David, Jonathan Banks, or Paget Brewster. That being said, this is show business and hardly anything is ever set in stone. David’s name might not be mentioned now, but after the fans get ahold of the news that could change. We will update you with more news about Community as it’s announced.