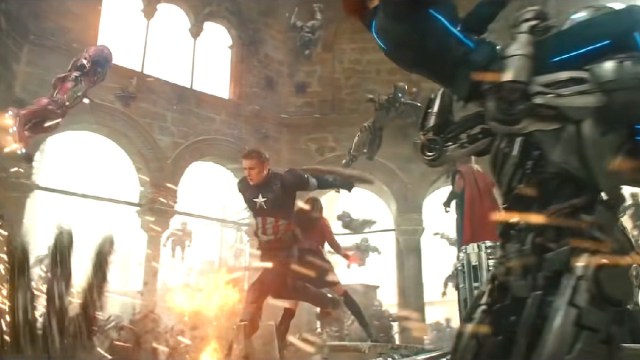 One of the newest forms of Marvel Cinematic Universe discourse has seen Avengers: Age of Ultron undergo a significant reappraisal, after Joss Whedon’s sequel spent years being derided as the weakest assembly of Earth’s Mightiest Heroes by far.

In fairness, it did earn the least money at the box office and score the worst reviews of the quartet, but there’s a lot to love about the titular team’s battle against the rampaging sentient artificial intelligence accidentally created by Tony Stark. However, it’s one of the smaller moments that fans have picked up on, and it’s a little bittersweet in the aftermath of the Infinity Saga.

Even though the Infinity War and Endgame double-header roped in virtually every major MCU hero to do face off against Thanos and his army, Age of Ultron‘s Sokovian showdown marks only the second and final time Captain America, Iron Man, Thor, Hulk, Hawkeye, and Black Widow stood side-by-side to fight in unison.

It’s crazy to think that 10 years have passed since The Avengers already, never mind the fact it’s been seven since the original six went toe-to-toe against a common enemy, or that the gang only shared the battlefield twice.

Infinity War scattered the cabal of Nick Fury recruits to the vast corners of the cosmos, and Natasha Romanoff was dead by the time they reunited for Endgame‘s climactic assault, but in the years to come it could become an MCU Mandela Effect for fans to believe the OGs were shoulder-to-shoulder defeating a shared threat more often than they really where, when in actuality it happened on two occasions.