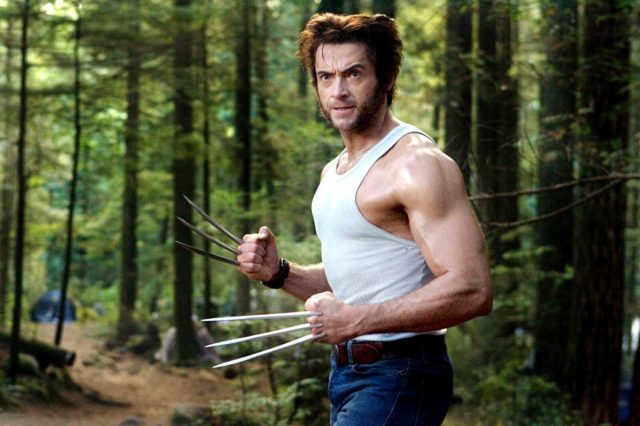 We may have thought Hugh Jackman was done with Wolverine, but it appears that’s not actually the case. Ryan Reynolds recently broke the news that Jackman would be returning to the character in Deadpool 3, which will also integrate the universe of Deadpool into the MCU. This integration has left the door open for a wide variety of other actors who played X-Men in some earlier iteration of the adaptation to return to their roles. After all, anything is possible inside of the multiverse.

Since originally being cast as Nightcrawler for 2016’s X-Men: Apocalypse, Kodi Smit-McPhee has gone on to deliver some truly acclaimed work in The Power of the Dog. That’s obviously a very different kind of movie, but it proved that Smit-McPhee had the kind of talent that might make him an asset for the MCU. He worked well as comic relief in Apocalypse, and there’s no reason he shouldn’t be able to pull off something similar if he gets the chance to play the role again in a future project.

This one is a little bit of a cheat, given that Patrick Stewart’s version of the character has already appeared in Doctor Strange in the Multiverse of Madness, but Stewart’s version of the character has become so iconic that it’s hard to imagine another actor taking the role. Some names have certainly been circulated that might work well, but at the end of the day, we’re hoping we can get at least one more dose of Stewart’s Xavier out of all of the multiverse hopping that future installments of the MCU are likely to partake in.

Sophie Turner got to do her version of the Dark Phoenix saga, but in a movie so bad that it feels like it barely got released. If the MCU continues its multiversal shenanigans, though, there’s no reason that Turner couldn’t pop as Jean in a totally separate universe where she’s living a far more normal life. Jean Grey is immensely powerful, and it might be good to have another mutant of that strength to really showcase the ways that the introduction of the X-Men is going totally upend the established power dynamics in the MCU.

Plenty of people were not fans of the younger cast in the most recent X-Men films, but it’s hard to argue against Michael Fassbender’s Magneto as a highlight of that young cast. Given the right material, Fassbender could be a genuinely terrifying version of the character, one who would make a great new antihero to add to the MCU’s roster. He may not be quippy, but he’s got the kind of gravitas that the MCU seems to constantly be chasing.

Nicholas Hoult has proved that he’s a deeply charismatic and odd performer, and the MCU should take advantage of those qualities and leave him in the role of Beast. For most of his time in the X-Men movies, Hoult was something of a sidekick for Xavier, but if he’s fleshed out properly, we could get a better understanding of what Hoult’s take on the character really is behind nerdy sweetheart. He’s certainly got the chops to play something more complicated, and if he gets the chance to join the MCU, maybe he’ll get that kind of meaty role.

Alexandra Shipp never got the chance to shine as Storm in the way that she deserved, but there doesn’t seem to be any good reason to recast the role inside of the MCU. Shipp’s career has continued to trend in the right direction, and with a little help from the MCU script doctors, she may finally be able to find a version of the character that doesn’t feel totally wooden. Storm is one of the best X-Men, but up until now, every great actress who has had a shot at the role has been unable to bring much to it. Keeping Shipp on board may be able to change that.

Evan Peters’s Quicksilver has already appeared in the MCU, at least sort of, but it would be great to get a more complete introduction to the character. Peters’s take on as a frustrated kid who is basically bored by how slow everyone else is was a highlight of every appearance he made. The MCU has tried its version of Quicksilver to much more limited success, so it may be worth it to roll the dice and see what Peters can do with some great quippy material in the role.

Zoë Kravitz has only become more famous in the years since she played Angel in X-Men: First Class, and she even took on the iconic role of Catwoman. Her death off-screen in between First Class and Days of Future Past was disappointing, and it’s the kind of thing that it would be great to undo in the multiverse. Now that we really know what Kravitz is capable of, and how important Angel is to some configurations of the X-Men, it’s worth giving her another shot at the role and seeing what she can make of it.

Jennifer Lawrence certainly doesn’t love playing Mystique, but she is one of the last remaining giant movie stars who hasn’t appeared in a Marvel project, and this could be their way to nab her. It certainly must be pretty annoying to go through the makeup process required to play the part, but if the material was solid, and the pay was right, she may be lured back to the role one last time. Who knows? We may even get to see a different version of her than the one she played throughout the X-Men franchise.

Anna Paquin’s Rogue is incredibly important in the first X-Men, but her importance sadly diminishes from then on. Now, more than two decades after that movie, it would be great to bring Paquin back as an elder statesman who has been through the ringer. Paquin remains a compelling screen presence, and while she’s been rudely cut from some X-Men projects, we’re hoping the MCU may be able to give her version of the character a new life somewhere in the multiverse.