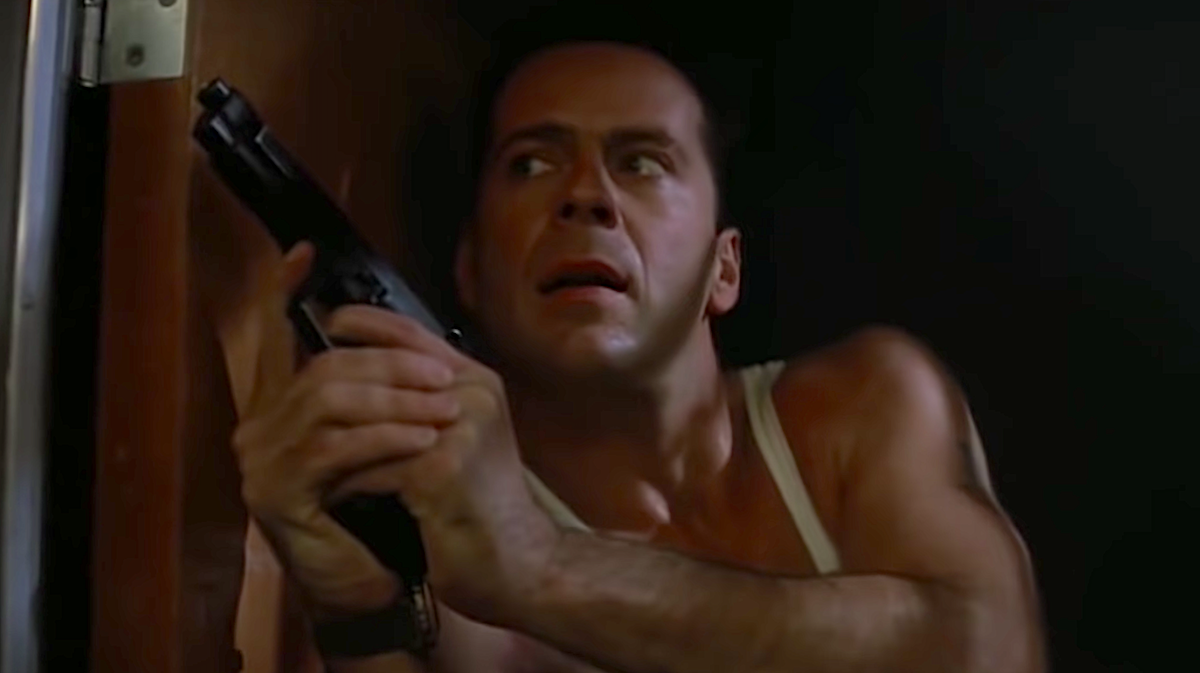 Ever since that fateful evening when New York Police Department detective John McClane was able to release his anxious clench from his airplane seat to land in Los Angeles, Christmas would never be the same again.

What ensued after McClane’s arrival to the Nakatomi Building would be both cinema and holiday history as the mega-hit Die Hard became one the greatest action movies – wait, one of the greatest Christmas movies of all time. And most of the actors and actresses who appeared in the movie would be well-known for some time to come after the movie hit theaters all across America in 1988.

But what has happened to the ensemble cast whose performances are as traditionally loved as waking up to a present you’ve always wanted underneath the Christmas tree?

Everybody who’s seen most of the popular movies in America over the last 30+ years has seen Bruce Willis in at least one thing. Since starring as John McClane in the first Die Hard film, including the four that followed in the franchise, Willis quickly became one of the biggest movie stars in the world. He was already a well-known name for his role on the hit ABC TV series Moonlighting, which he was shooting at the same time he was working on Die Hard.

After two marriages, one of which to actress Demi Moore, and five children in total, it was his family who revealed on social media to fans that he was stepping away from acting. Willis was recently diagnosed with aphasia, a language disorder associated with brain damage that affects a person’s ability to communicate.

Apart from the Die Hard franchise, Willis is also known for his roles in The Sixth Sense, Pulp Fiction, Armageddon, The Fifth Element, and Moonrise Kingdom, to name a handful.

English stage and screen actor Alan Rickman appeared as McClane’s adversary, the leader of the European terrorists, the German well-dressed bad man Hans Gruber. Rocking a well-tailored, double-breasted suit, Gruber was the mastermind behind the Nakatomi hostage crisis that would’ve gone off without a hitch but unfortunately, none of the bad guys anticipated John McClane. The “exceptional thief,” as he so passionately called himself went toe-to-toe with McClane until his plans literally fell through.

Since his first-career film role in Die Hard, Rickman was quite popular and appeared in several other movies after that such as Sense and Sensibility, Love Actually, Galaxy Quest, Dogma, and Hitchhiker’s Guide to the Galaxy. But he was most notably at the height of his career as Severus Snape in the Harry Potter film series.

Sadly, Rickman passed away from pancreatic cancer in 2016 at age of 69.

Originally working as a child actor on stage and in movies, Bedelia’s biggest role came when she was cast in Die Hard as McClane’s wife Holly. While Holly and John weren’t quite in love while still being married in the film, she was technically the damsel in distress, and her character did show some undeniable toughness when she was close enough to talk to Hans. Holly did return in the second film, Die Hard 2 but then the character was only mentioned in passing over the course of the subsequent entries.

As for Bedelia, well, she stayed steady acting in plenty of television movies throughout the nineties before she starred as Captain Kate McCafferty in the Lifetime television police drama series The Division from 2001 to 2004. She then starred as Camille Braverman in the NBC drama series Parenthood from 2010 to 2015. Since then, she’s continued to work in several television shows and movies.

During McClane’s journey through the movie, he relies on a conversation with someone on the outside of the action, looking in. That’s where Sergeant Al Powell came in. His character is just as important to the plot as anyone else featured in the film and by the end, the audience is just as relieved to see McClane as Powell is himself. He reprised his role for a short scene in Die Hard 2 and once again in 2002’s Die Hard:Vendetta, a video game that was released for Nintendo Gamecube.

For such a memorable performance in the first film, VelJohnson was cast as Carl Winslow in the hit family sitcom Family Matters, sticking in line with his career trend of mostly playing police officer characters. After that show came to an end in 1998, VelJohnson stuck mainly to guest-starring roles on tv shows like CSI: Crime Scene Investigation, Will & Grace, Monk, That’s So Raven, Bones, and Chuck, to name a few. He still works to this day at the age of 69, taking small roles in some low-budget projects as well as a few voice acting gigs over the last few years, most recently as Principal Winslow in the Amazon Prime superhero hit, Invincible.

The towering and vengeful henchman, Karl was played by Alexander Godunov, a Russian-American ballet dancer and actor. Before Die Hard, Godunov had a small role in the 1985 Harrison Ford neo-noir crime drama Witness, and also in the 1986 Tom Hanks comedy The Money Pit. But it was appearing in Die Hard that earned him a place in cinema history. Though after 1988, Godunov would only appear in four more films, The Runestone, Waxwork II: Lost in Time, North, and Dogfighters, all small supporting roles.

Sadly, Godunov died in 1995 at the age of 45 from complications of Hepatitis, likely brought on by chronic alcoholism.

Die Hard fans all remember Harry Ellis, the obnoxious and sleazy corporate colleague of Holly’s. You know, the guy who got her that really important Rolex watch? Ellis’ character, like all the others, will never be forgotten even if we could do without his questionable negotiating skills.

Bochner has stuck with acting here and there ever since Die Hard’s release, starring in War and Remembrance, The Starter Wife, a voice role in Batman: Mask of the Phantasm, Scandal, and Too Old To Die Young. He has also done a decent amount of work as a screenwriter, producer, and director.

Currently, he’s starring alongside Amanda Seyfried in the highly-acclaimed Hulu series The Dropout.

Argyle the Limo driver is the first person McClane encounters once he’s off the plane in Los Angeles and he’s right there to finish his shift once the dust settles, giving the last line of dialogue in the movie. He even single-handedly dispatched one of the terrorists with a sharp right cross. In 2020, he would appear as Argyle once more in a commercial for Advance Auto Parts’ DieHard brand of car batteries, alongside Bruce Willis as McClane.

But since 1988, White hasn’t been up to much with his acting career. After Die Hard, he only appeared in one television show, Workaholics, credited as “Uber Driver”, and in three movie roles, the only one that would be remembered by a decent amount of audiences being 1992’s Trespass, an action movie starring Bill Paxton, Ice Cube, Ice-T, and William Sadler.

He was last known as residing in California, working at a substance-abuse rehabilitation facility.

The breaking news reporter Richard Thornberg, played by popular ‘80s actor William Atherton, made his mark in the movie by making sure he got the jump on the biggest news story ever that went down at Nakatomi Plaza. His journalistic efforts also put Holly in danger but in the end, they worked things out on live tv.

Since Die Hard, Atherton appeared for another turn as Thornberg in Die Hard 2, followed by countless movie roles in The Pelican Brief, Bio-Dome, The Last Samurai, and Tim and Eric’s Billion Dollar Movie, for example. He got just as much work in small TV roles on shows like The Practice, Law & Order, Desperate Housewives, and Law & Order: Special Victims Unit.

Most recently, Atherton was coaching drama students in school programs that center around Shakespeare and other various stage play works.

The cast of Die Hard isn’t complete without Paul Gleason as LAPD Deputy Chief Dwayne T. Robinson. As one of the most popular faces in ‘80s movies from his appearances in The Breakfast Club and Trading Places, Gleason’s take as a procedural pain in the ass to McClane is purely unforgettable after each and every watch.

Since then, Gleason had continued to work consistently in both movies and television. He had guest-starring roles on shows like 21 Jump Street, Seinfeld, Boy Meets World, and Dawson’s Creek. He also had small supporting movie roles in Boiling Point, Money Talks, and Not Another Teen Movie.

Gleason died in 2006 from pleural mesothelioma, a form of lung cancer connected with asbestos.

Theo was the computer brains behind Hans’ scheme but even his prowess at the keyboard couldn’t go all that far by the movie’s end. The character was pretty entertaining to watch — especially when the S.W.A.T. team tries to enter the building —  even though Gruber’s goons are clearly the bad guys.

After 1988, Gilyard found more success on television than on the silver screen with strong supporting roles alongside the legendary Andy Griffith on Matlock, and with Chuck Norris on Walker: Texas Ranger. In 2020, he also appeared in the Advance Auto Parts commercial that featured Bruce Willis as John McClane.

Currently, Gilyard is an associate professor in the College of Fine Arts – Department of Theatre at UNLV and also serves as the consultant of the communications committee of the United States Conference of Catholic Bishops (USCCB).