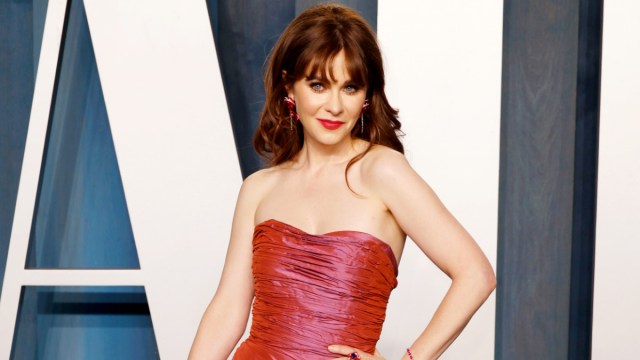 The Happening, M. Night Shyamalan’s 2008 thriller about plants who kill people, isn’t exactly one of the filmmaker’s more popular movies. In fact, it currently stands at an abysmal 17 percent on Rotten Tomatoes, with a slightly more generous audience score of 24 percent. But one of the film’s stars, the perpetually bubbly and optimistic Zooey Deschanel, had only kind words to say about Shyamalan and her experience working on the film.

When asked by The Guardian about when she realized The Happening wasn’t really “happening,” Deschanel laughed and gave a perfectly diplomatic, reasoned response.

“That film was pretty universally not loved! The director, M. Night Shyamalan — Night — had a strong vision and we were all trying to do what he wanted. I trusted him, because he’s a great filmmaker. I didn’t know until I saw the film, but I think he was going for a stylised horror, like The Birds, and maybe people didn’t get that. I had a blast working with Night and Mark Wahlberg, but while I’ve done serious drama, I’m not sure I fit with thrillers. I find most joy in doing comedy.”

That’s perfectly fair! And not everyone wants to admit that there’s a bomb on their resume — unlike the film’s other lead, Mark Wahlberg, who was decidedly less diplomatic with his response when the subject came up a few years later.

While doing press for David O. Russell’s 2010 biographical sports drama The Fighter, Wahlberg was gushing about what it was like to work with Amy Adams, when he volunteered the following:

“I was such a huge fan of [Amy]. We’d actually had the luxury of having lunch before to talk about another movie, and it was a bad movie that I did. She dodged the bullet. I don’t want to tell you what movie… All right, The Happening with M. Night Shyamalan. It is was it is. Fucking trees, man, the plants. Fuck it. You can’t blame me for wanting to try to play a science teacher. You know? I wasn’t playing a cop or a crook.”