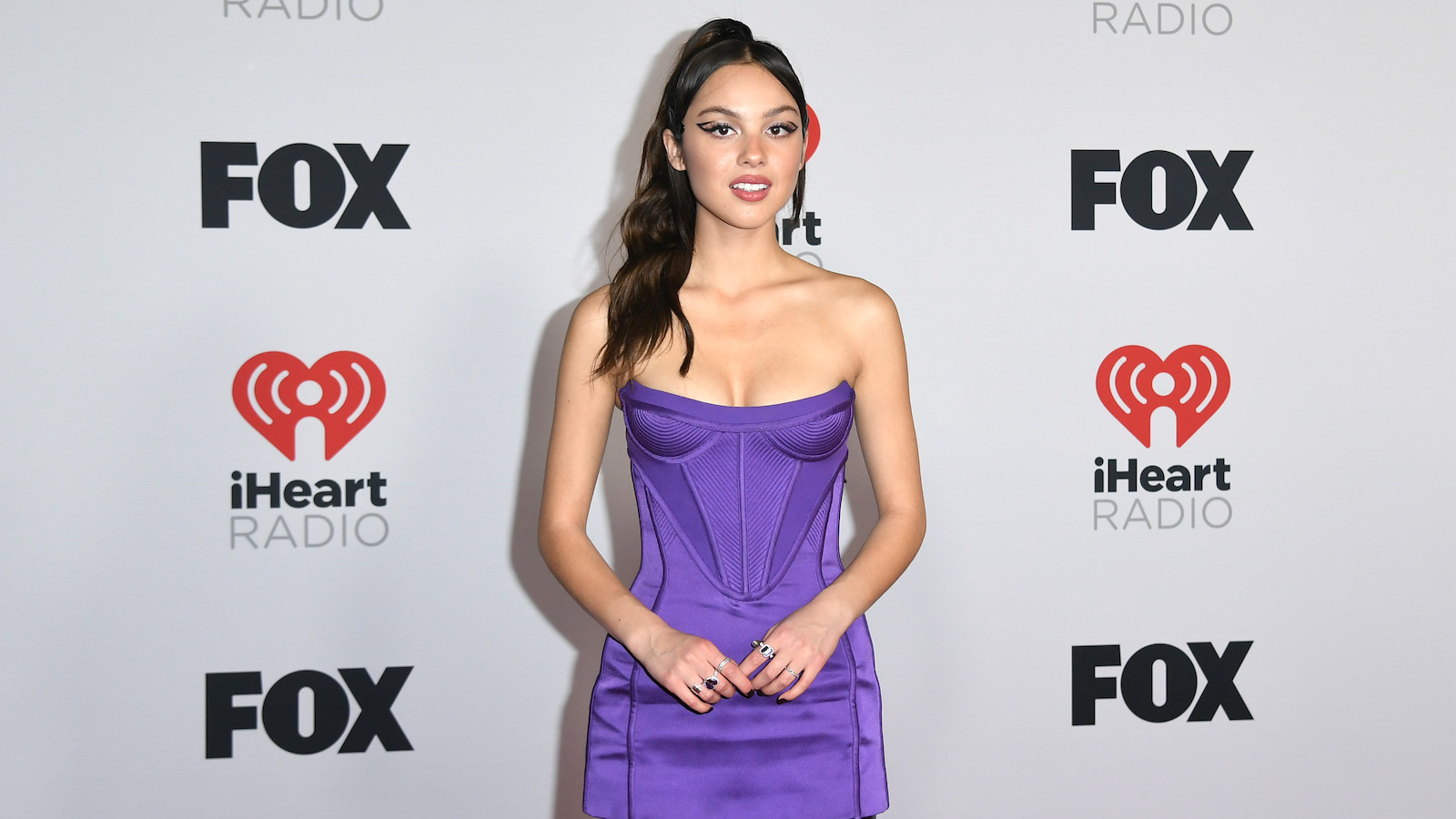 Breakout pop phenom Olivia Rodrigo is having a banner year. In case she hadn’t already accomplished more than most of us did at only 18 years old, she’s been nominated for a total of seven Grammys. A musician and a singer since the age of five, Olivia’s success can be measured by her popularity presently, and soon by the number of statues she walks away with this Sunday from the 64th Annual Grammy Awards.

If Olivia wins any of the awards she’s nominated for, it would be her first Grammy. Here are all of her nominations for this year’s Grammys.

Olivia Rodrigo’s album, Sour (released in 2021), is her first. A frenetic mix of pop songs, the album is a decidedly atypical teenage rant. She’s up against:

“We Are,” Jon Batiste

Song of the Year

Her entry into this category, “Drivers License”, was co-written with producer Dan Nigro, and is her debut single from the album Sour. The song has been streamed over a billion times on Spotify, and it’s been on heavy rotation on our playlist since its release in January of last year. Others nominated are:

Rodrigo took the music industry by storm last year and created a lot of new fans. Already well-loved for her roles on Bizaardvark and High School Musical: The Musical: The Series, she showed her musical versatility as we’ve watched her grow up. Other nominees include:

Record of the Year

Similar to Song of the Year, this category was put in place to recognize the work of the production of a song, and its nominees are similar to its kindred category. Rodrigo’s “Drivers License” is nominated in this field, as are:

“I Still Have Faith in You,” Abba

“I Get a Kick Out of You,” Tony Bennett and Lady Gaga

Rodrigo’s song “Good 4 U” became an anthem for jilted teens and the video was an instant classic. The cathartic song is a bop and the video could be taken as a warning to anyone thinking they could successfully break the heart of Olivia Rodrigo. The other nominees are:

“I Get a Kick Out of You,” (Tony Bennett and Lady Gaga)

“Happier Than Ever,” (Billie Eilish)

In this category, Rodrigo’s Sour is a top contender, having sold 76,000 copies within the first week of its release. The other nominees are:

A fairly new category, it has only been around since 2012, and Adele won the very first Grammy for the Best Pop Solo Performance, Rodrigo’s “Drivers License” has been nominated this year, along with:

We can’t wait to watch the Grammys this Sunday and see who everyone is wearing, who will win, who will be snubbed, and most importantly, which one of her hits will Olivia perform?