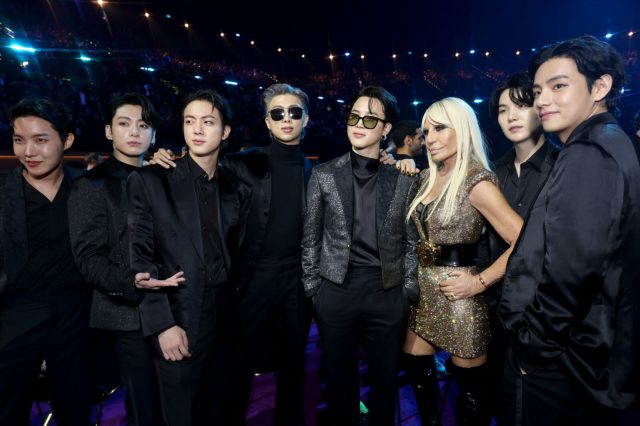 At the same time as people catastrophized BTS‘ break announcement as the end of the band that unleashed the K-Pop phenomenon into the world, the Korean group was already defining their schedule as far into the future as 2030 by committing as honorary ambassadors for South Korea’s bid to host the 2030 World Expo in the city of Busan.

On Tuesday, in what was BTS’ first official appearance as a septet since they announced they would be focusing on solo projects, the members were introduced as ambassadors by the Bid Committee at the headquarters of their label HYBE, in Seoul.

In his speech, leader and most common spokesperson for the band, RM, stated that BTS was “honored to be appointed ambassadors for World Expo 2030 Busan,” and would be doing their best to support the country’s bid to bring the planet’s largest fair to the Korean city.

“We will also make extra efforts to not only support the nation’s bid, but also promote the beautiful nature and culture of the Republic of Korea worldwide,” RM added. One of these efforts was already announced last month, confirming BTS will be holding a concert in October as part of their World Expo 2030 campaign.

Korean Prime Minister Han Duk-soo was also in attendance, saying that he believes “BTS will take the most pivotal role during the process,” and that with the support of BTS and the people of South Korea “we will be able to achieve our goal.”

HYBE CEO Park Jiwon described this new venture as “a meaningful opportunity for BTS and HYBE to contribute to the nation’s bid for World Expo 2030” in his official statement, adding that the company will be supporting the band with all their ambassador duties.

Ever since achieving worldwide fame, a big part of BTS’ brand has involved ambassador duties, with RM, Jin, SUGA, j-hope, Jimin, V, and Jungkook visiting the UN, and most recently the White House, to speak on issues affecting today’s global youth, as well as the rise of anti-Asian discrimination in the United States. In 2021, the band was appointed “special presidential envoy for future generations and culture” by previous South Korean President Moon Jae-in. Now, by adding the World Expo to their resume, BTS are once again making their fan base, the BTS ARMY, proud.

On Twitter, ARMYs around the world trended the phrases “WE ARE PROUD OF YOU BTS” and “BTS PAVED THE WAY” to show support to the group and celebrate their growing achievements.

Despite their break from releasing music as a group, it’s clear BTS’ schedule is anything but empty. Besides their obligations as World Expo 2030 Ambassadors, each member is also expected to release a solo album — an effort which has already been kicked off by j-hope’s Jack In the Box album, released July 15. Additionally, the band has announced a partnership with Disney Plus, which will see a string of content released on the streaming platform, starting with a docuseries titled BTS Monuments: Beyond the Star, expected to premiere in 2023. It seems like ARMYs will have their hands fuller than ever.