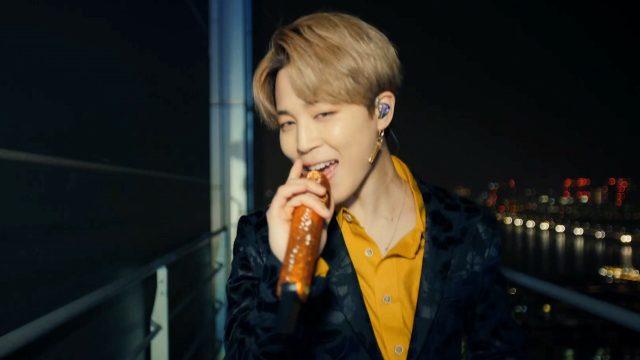 Photo by Theo Wargo/Getty Images for The Recording Academy

Happy birthday, Park Jimin! The adored and incredibly talented member of BTS turns 27 (28 in Korea, where everyone is considered a year old at birth) today, and we are celebrating by reminiscing about some of the most stunning and powerful stage moments by the K-pop idol. Thirteen, to be exact, since that is Jimin’s number.

Jimin is a born performer and, although he often struggled during his trainee days in fear he wouldn’t be selected for BTS’ final line up, there is no doubt that he has become a staple of BTS’ brand, both on and off the stage. He represents the band’s best qualities as performers, with his unrelenting stamina, work ethic, and hypnotic stage presence. He’s also one of the most caring members in BTS, constantly giving back through philanthropy work, and showing genuine, heartfelt love towards his fans.

Most people who don’t know BTS will still have heard of Jimin, since he easily stands out for his visuals, demeanor, fashion sense, and energy. If you’ve just happened to stumble upon this article, welcome to the world of Park Jimin! If you’re a die-hard fan of BTS, and maybe even biased toward Jimin, enjoy this walk down memory lane in celebration of K-pop’s definitive “it” boy.

Dancing blindfolded at the 2016 MAMAs

Most people find it difficult to perform with their eyesight undisturbed, but Jimin can do it blindfolded and still look amazing. He was pirouetting, jumping and literally bending over backwards on stage without seeing a thing, earning this dance solo to the sound of Jimin’s song “Lie” a place among BTS’ best.

Somersaulting over j-hope during “We Are Bulletproof pt. 2”

Back in the early days of BTS, the “We Are Bulletproof pt. 2” dance break by j-hope, Jimin, and Jungkook, turned heads all around the K-pop world. Coming from a smaller company, BTS only had their talents to rely on in order to make a name for themselves, so they would lay it all on stage. Jimin’s acrobatics were on display often, and this somersault over j-hope is still thrilling to watch to this day.

The opening of “Blood Sweat & Tears”

“Blood Sweat & Tears” might be a group song, but it is undeniably owned by Jimin. The opening of the song had everyone in K-pop hooked at the time, from audiences to fellow idols, and a big reason for that was Jimin’s enthralling performance. His “nae pi ttam nunmul” as he seductively covers his eyes has gone down in history.

BTS’ 20-minute long performance at the 2018 Melon Music Awards is one for the books, but the clear standout was the insane stage production of “Idol,” especially for the introduction by the group’s dance line. In a mesmerizing combo of traditional Korean music and culture with the song’s thumping hip-hop beat and modern aesthetic, this dance solo by Jimin is impossible to forget.

The dance solo from the BTS Begins concerts

BTS’ decade-spanning career includes a lot of hidden gems that recent fans might not know. Jimin absolutely killed this dance break from the Live Trilogy Episode I: BTS Begins special concerts, with the added bonus of a very distracting hip thrusting moment. He knew exactly what he was doing.

“Serendipity” at the Love Yourself tour

“Serendipity” is one of Jimin’s most earnest and heartfelt moments. The artist performed this song every night during BTS’ Love Yourself World Tour, leaving no one indifferent to the way he so seamlessly moves his body. It’s a breathtaking performance.

Jimin studied modern dance before auditioning for BTS’ label BigHit, and the band has thankfully chosen to highlight his talents often throughout the years. In “Black Swan,” Jimin served as the main character of the story that the song tries to tell, both in the music video and subsequent stage performances. BTS wanted to include classical elements in this emotionally arresting song, and there was none more capable of embodying them than the group’s own personal “ballerino.”

No conversation about Jimin’s spellbinding stage presence could be complete without mentioning his beautiful soft voice. Jimin’s unique timbre and impressively high register add a special color to BTS’ performances, and he has more than a few incredible vocal performances under his belt over the years. His iconic high note in “Let Me Know” at the 3:57 mark is only one of many.

The perfect counterpoint to the somber dance solo in “Black Swan,” this beautiful contemporary dance performance to the sound of an instrumental version of BTS’ hit single, “I Need U,” at the 2019 Melon Music Awards cemented Jimin’s place as one of the best dancers in K-Pop history.

“Filter” at the Map Of The Soul ON:E virtual concert

Due to the pandemic, Jimin’s solo song from BTS’ Map Of The Soul: 7 album, “Filter” was sadly only performed twice during the band’s special online double concert and will likely never receive another live stage again. However, the pre-recorded nature of this performance allowed Jimin to explore a new, sexier, bolder, and more androgynous side of his artistry, and we’re thankful it exists.

That move in “No More Dream”

BTS knows their audience, and they knew exactly what they were doing when they had Jimin break out into this particular dance move during their first ever single, “No More Dream.” Jimin instantly won heartthrob status over it, and it’s only grown over the years.

No ARMY member will ever forget the moment Jimin stepped on stage to perform SUGA’s solo song “Tony Montana” at BTS’ 3rd Muster Fan Event. In this performance, Jimin took over the parts belonging to South Korean rapper Yankie in the original studio recording, where SUGA adopts the stage name AGUST D. This version of the song became so popular, Jimin and SUGA had to go into the studio to record it, so it could be officially released in BTS’ 2022 anthology album Proof.

“Lie” live on the Wings tour

“Lie” is arguably the best Jimin solo song, and solo stage in general. In this dark and mysterious stage production, Jimin shines for his ability to fill his performances with emotion and the perfect dose of dramatics. “Filter” is flirty and fun. “Serendipity” is soft and romantic. However, in “Lie,” Jimin is able to showcase all of those aspects in some dimension, making it his most comprehensive performance to date.

Jimin’s back catalog is immense, and this is just a glimpse of everything he’s given to BTS and its ARMYs over the years. With BTS now focusing on solo projects, and Jimin being repeatedly spotted in the studio working on his own music project, we can only imagine the treats the now-27-year-old artist still has in store for his fans.

Jimin will be celebrating his birthday in his hometown this year when BTS takes to the stage for Yet To Come in Busan, a special concert to promote the city’s campaign to host the 2030 World Expo. There will be 100 thousand ARMYs in attendance with countless others watching on a free live stream, which will also be available worldwide on HYBE’s social media platform, Weverse.