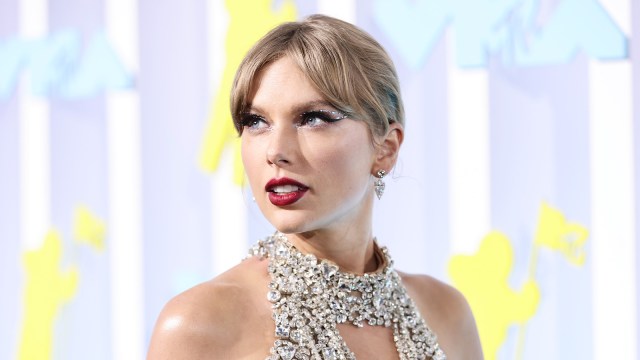 The time is upon us once again, friends. Taylor Swift has set the internet ablaze with news of her new album, Midnights. The album marks a milestone for the iconic singer-songwriter, with this set to be her tenth studio album.

After first announcing news of the album upon accepting her award for ‘Video of the Year’ at the 2022 MTV VMAs, Swifties around the world have appropriately lost it, while also mustering enough energy to scour the internet for any clues about what the album could entail.

When does Midnights come out? How many songs will be on the album?

What is the release date for Taylor Swift’s new album Midnights?

With her past two original albums, Folklore and Evermore, Taylor Swift saved the announcement until mere hours before they dropped. This surprise stressed Swifties out to no end, let alone doing it twice. Luckily, with Midnights, Swift has given us some actual time to collect ourselves before we collectively lose it to new music.

Midnights is due out Friday, Oct. 21, just under two months before what will be Taylor Swift’s 33rd birthday. Additionally, as some eagle-eyed fans have noticed, the album is due for release on Kim Kardashian’s 43rd birthday. While the two megastars have had bad blood in the past, this is likely just a coincidence, but that won’t stop the pot-stirrers of the internet from having a field day.

How many songs will be on Midnights?

Usually, when any artist announces an album, it is usually accompanied by a new single or at least details of one. Taylor Swift has defied such traditions with Midnights, as we know almost no details about what music will be on the album. But, we do know how many songs there will be, and it’s a number Swifties will know all too well.

Yep, as any good Swiftie will tell you, 13 is the ‘All Too Well’ singer’s lucky number, and Midnights has exactly that many songs. So far, that’s all we have. But, in a brief statement shared on social media, Swift did tell us about what we could expect from this new music.

“We lie awake in love and in fear, in turmoil and in tears. We stare at walls and drink until they speak back. We twist in our self-made cages and pray that we aren’t – right this minute – about to make some fateful life-altering mistake.

“This is a collection of music written in the middle of the night, a journey through terrors and sweet dreams. The floors we pace and the demons we face. For all of us who have tossed and turned and decided to keep the lanterns lit and go searching – hoping that just maybe when the clock strikes twelve … We’ll meet ourselves.”

Midnights is out Friday, Oct. 21. Let’s all hold our hands in prayer and collect ourselves before we lose it.