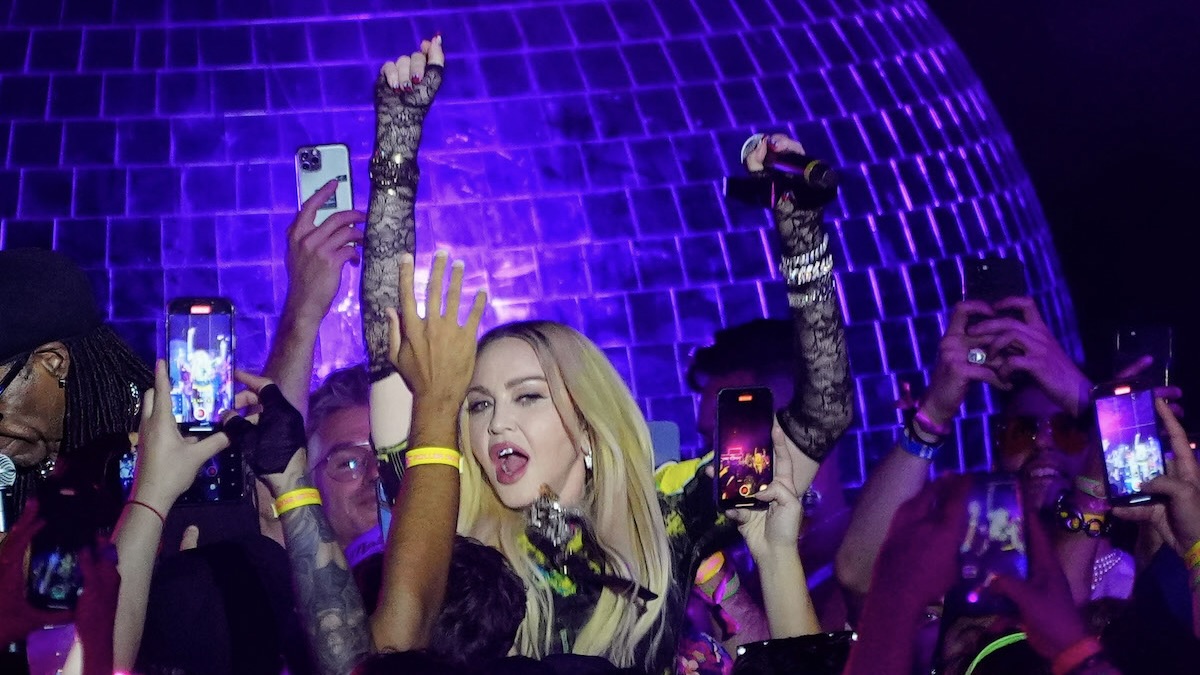 The Queen of Pop is hitting the road for the first time since 2020. It’s also her first tour since signing a deal with Warner Music Group that promised to revisit her all-time career hits. Madonna‘s upcoming 40th-anniversary “Celebration Tour” was announced today with an accompanying rated mature video featuring celebs such as Lil Wayne, Eric Andre, Diplo, and Amy Schumer, and fans are already scurrying for tickets. And everyone wants to know, “How much?”

According to the ticket resale site TicketSmarter, the Material Girl’s previous tour ticket prices ranged from $150 to $300 for floor seats with VIP seating in the range of $500 to $1200. Upper-level seating (aka the “nosebleed” seats) was sold from $75 to $200. Tickets purchased through secondary markets often exceeded $600. Fans can expect to pay at least as much for this year’s tour and may end up paying more due to the retrospective nature of “Celebration,” which will feature the singer breaking out some of her greatest hits of all time.

“I am excited to explore as many songs as possible in hopes to give my fans the show they have been waiting for,” Madonna wrote in a statement reported via Billboard. The 40-year retrospective will feature music dating back to her 1983 eponymous debut album through her latest effort, 2019’s Madame X, and will no doubt highlight her 38 top-10 hits.

Depending on venue, tickets will go on sale between 10am Friday, Jan. 20 and Jan. 27. The tour will span North America and Europe starting on July 15 in Vancouver and ending on Dec. 1 in Amsterdam. For more information, visit madonna.com/tour.