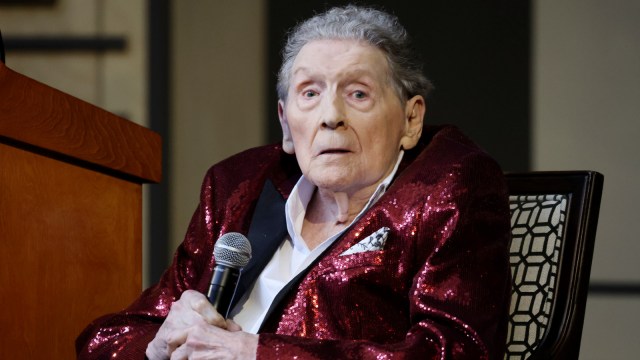 Music pioneer Jerry Lee Lewis was confirmed dead on Friday at age 87, just two days after it was preemptively reported that he had died earlier this week.

Lewis is widely credited for helping shape rock and roll and rockabilly music, as well as being one of the most influential pianists of the 20th century. At just 21, he skyrocketed to nationwide attention after releasing his 1958 hit single “Whole Lotta Shakin’ Goin’ On,” which he followed with “Great Balls of Fire,” “Breathless,” and “High School Confidential.”

However, the singer’s tumultuous personal life often overshadowed his music career, which nearly went off the rails when it was discovered during a spring tour in 1958 that he married his 13-year-old cousin (once removed, if that matters) Myra Gale Brown, when he was 22. The tour was quickly canceled due to the public outrage (even in 1958 it was apparently not cool to marry your 13-year-old cousin), and although he continued to release records throughout his six-decade-long career, he never managed to fully eclipse his early fame.

After Brown, who was his third wife, Lewis would go on to marry four more times. He married his seventh wife, Judith Lewis, who also happened to be Brown’s brother’s ex-wife, as well as his caretaker, in 2012, and she was by his side when he passed, according to a statement from his representative Zach Farnum.

“Judith, his seventh wife, was by his side when he passed away at his home in Desoto County, Mississippi, south of Memphis,” the statement said, according to Variety. “He told her, in his final days, that he welcomed the hereafter, and that he was not afraid.”

Earlier this month, Lewis was inducted into the Country Music Hall of Fame, however, as he shared on Instagram, he was too ill to attend the ceremony.

“It is with heartfelt sadness and disappointment that I write to you today from my sick bed, rather than be able to share my thoughts in person,” he captioned a photo from his sick bed. “I tried everything I could to build up the strength to come today — I’ve looked so forward to it since I found out about it earlier this year. My sincerest apologies to all of you for missing this fine event, but I hope to see you all soon.”

“To be inducted into the Country Music Hall of Fame is the highest honor in Country music. Through over 60 years singing music professionally, country has always been the genre where I felt the most at home — between my fellow artists, the radio and the industry players — some of them anyway,” he continued. “I am honored to be going into that Hall of Fame rotunda with some of my heroes — Hank Williams Sr., Jimmie Rodgers and the like – not to mention so many amazing friends who have been so good to me through the years.”

He concluded by thanking fans for their love and support, and added that singer-songwriter Kris Kristofferson would be accepting the honor on his behalf.