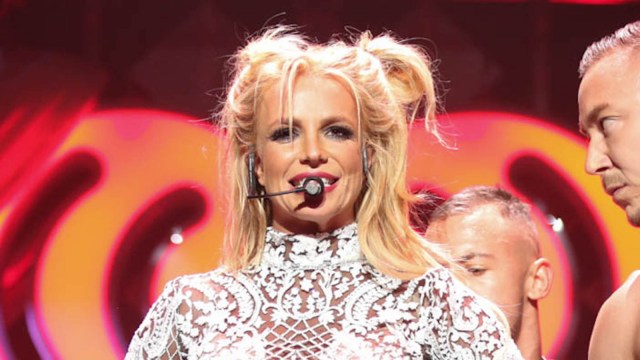 After six years, Britney Spears has finally made her return to music with the release of new single, “Hold Me Closer”. The track, which has been long teased, is a rework of Elton John’s “Tiny Dancer”, and features vocals from the Sir himself.

While the original is a classic, tender ballad, this remake of the track is far more upbeat, in a similar vein to PNAU’s remix of several John tracks – “Rocket Man”, “Sacrifice”, “Kiss The Bride”, and “Where’s The Shoorah?” – which was renamed “Cold Heart”, sporting additional vocals from Dua Lipa.

On Twitter, Spears unveiled how she feels about having her first bout of new music since 2016’s Glory.

“Okie dokie … my first song in 6 years!!!! It’s pretty damn cool that I’m singing with one of the most classic men of our time … @eltonofficial !!!! I’m kinda overwhelmed… it’s a big deal to me !!! I’m meditating more and learning my space is valuable and precious !!!

“I’m learning everyday is a clean slate to try and be a better person and do what makes me happy … yes I choose happiness today.  I tell myself every day to let go of the hurt bitterness and try to forgive myself and others to what may have been hurtful.”

She also said that the release of the song has inspired her to be “fearless” like when she was younger and to make sure she’s putting her happiness front and center.

Not only is this Spears’ first new release in six years, but it’s also the first release she’s made since being freed from her highly controversial and highly publicized conservatorship. She was under conservatorship for 13 years and alleged in court that she was forced to work, release music, and tour as part of it.

Listen to “Hold Me Closer” above.