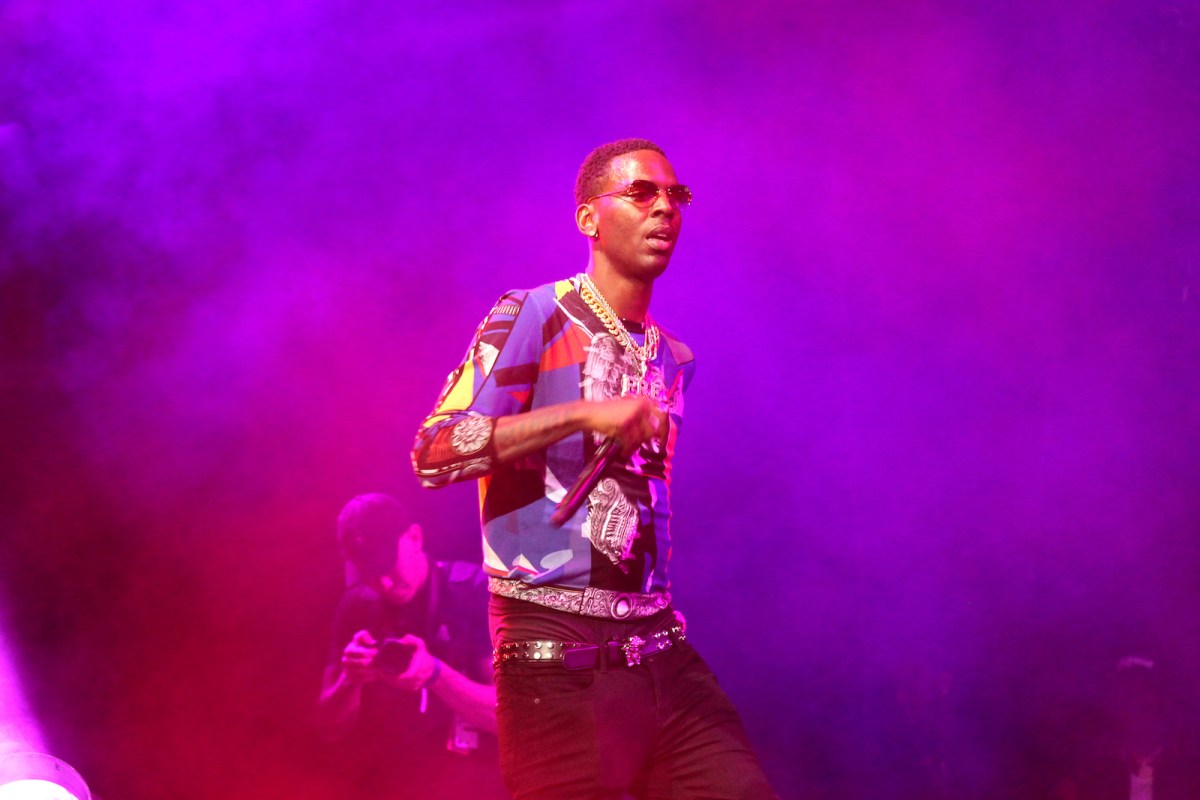 performs onstage at night three of the STAPLES Center Concert, sponsored by Sprite, during the 2017 BET Experience at Staples Center on June 24, 2017 in Los Angeles, California.

Young Dolph‘s promising rap career was cut short by a spray of bullets when gunmen killed the MC in a Memphis bakery in November.

Now, there’s a suspect in the case. On Jan. 5, The U.S. Marshals Service announced that it was actively looking for a 23-year-old man named Justin Johnson for the murder of Adolph Robert Thornton, Jr., 36, aka “Young Dolph.”

Authorities are offering $15k for information leading to Johnson, who has a warrant for first-degree murder in his name. He also has an outstanding warrant for violation of federal supervised release in Tennessee. Johnson is currently a fugitive.

Johnson is 5′ 8” tall and has a tattoo that says “Jaiya” on his right arm. Authorities say Johnson has “ties to organized criminal gangs and should be considered armed and dangerous.”

On Nov. 17, 2021, Thornton was buying cookies at the bakery when two men jumped out of a white Mercedes-Benz and shot him, according to authorities. The men were captured on surveillance footage.

He was a popular rapper known for how he depicted life on the street, as well as his savvy business sense when it came to his music.

The rapper was well liked in his community. He organized food giveaways on holidays and donated thousands of dollars to local high schools. When people were in trouble in his neighborhood, he was quick to cover rent and funeral costs, according to people close to the rapper.

The neighborhood in which Thornton was raised is a particularly dangerous area of Memphis, where more than 300 homicides occurred last year.

Before his death, the rapper had moved to Atlanta, but had returned to his hometown for his yearly Thanksgiving food giveaway. Thornton was headed to handout truckloads of turkeys just before he was murdered.

This wasn’t the first time Thornton was the target of an assassination attempt. In 2017, assailants shot him multiple times near a shoe store in L.A. He survived the attack but needed surgery. Earlier in the year someone shot at his vehicle more than 100 times in Charlotte, NC.

At the time, Thornton said he spent $600k on two bulletproof cars, and had previously claimed that people wanted to kill him over jealousy and hate because of his success.

Thornton released 7 studio albums during his short career. His first, “King of Memphis,” came out in 2016.

His last known interview, recorded days before his death, was at the West Cancer Clinic outside of Memphis. He said he wanted to show his appreciation for the facility because a number of family members and friends had gotten treatment there.

Beyond the music for which he will be remembered, Thornton lived a tumultuous life punctuated by acts of care and love for his community and people at large.