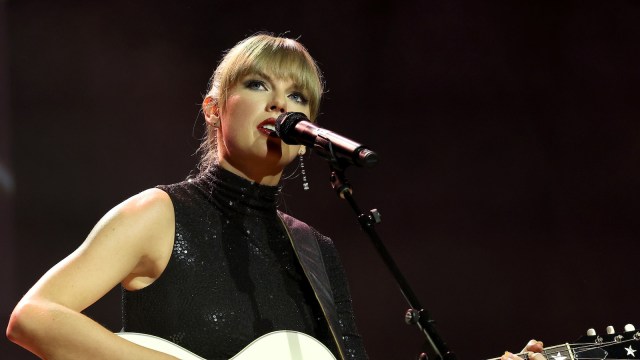 Swifties can take a big, deep sigh of relief before immediately hyperventilating once more, as Taylor Swift has finally released her long-awaited tenth studio album, Midnights.

The album, which Swift earlier confirmed to be a visual one, follows on from her double whammy in 2020 of Folklore and Evermore, the former of which gave Swift her third Album of the Year award at the Grammys.

Coinciding with the album’s release, Swift is also sharing the first installment of her visual album — the music video for “Anti-Hero”, later today.

In a statement on social media, Taylor thanked her partner in crime — no, not Joe Alwyn — Jack Antonoff for their work together on the album, marking the first time the duo has helmed duties completely on their own with little help from other producers and writers.

“Midnights is a wild ride of an album and I couldn’t be happier that my co-pilot on this adventure was @jackantonoff. He’s my friend for life (presumptuous I know but I stand by it) and we’ve been making music together for nearly a decade HOWEVER… this is our first album we’ve done with just the two of us as main collaborators.

“We’d been toying with ideas and had written a few things we loved, but Midnights actually really coalesced and flowed out of us when our partners (both actors) did a film together in Panama. Jack and I found ourselves back in New York, alone, recording every night, staying up late and exploring old memories and midnights past…

“The wonderful and wise @bethgarrabrant took the album photographs. Midnights is a collage of intensity, highs and lows and ebbs and flows. Life can be dark, starry, cloudy, terrifying, electrifying, hot, cold, romantic or lonely.”

You can listen to Taylor Swift’s full tenth studio album, Midnights, below.