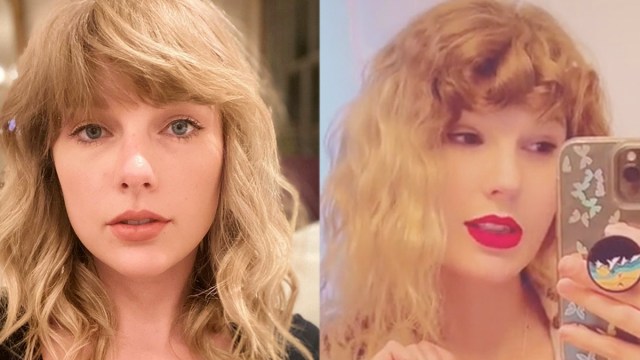 Ever wondered how it would feel to suddenly get recognized and acknowledged by a pop megastar just by doing what you’ve been doing all along? Well, the wildest dream has come true for TikToker Ashley Leechin, who physically resembles the pop icon Taylor Swift to a considerable degree and often shares videos on the platform by dressing up as her.

After Leechin made her own video reacting to Swift’s video revealing the title of the 13th song off her upcoming Midnights album, the ‘Blank Space’ singer commented, “My mother just saw this and said, ‘she looks like you”. Of course, the social media star was wildly and visibly excited after receiving the comment from her idol and shouted in response, “I am legitimately crying and shaking right now! I love you! I love you Andrea and I love you Taylor”. She added, “You have left me speechless”.

Swift’s upcoming album is extremely important to her, something she described via Instagram as “the stories of 13 sleepless nights scattered throughout my life”. Speaking about the album, she went on to say,

“We lie awake in love and fear, in turmoil and in tears. We stare at walls and drink until they speak back. We twist in our self-made cages and pray that we aren’t – right this minute – about to make some fateful life-altering mistake. This is a collection of music written in the middle of the night, a journey through terrors and sweet dreams. The floors we pace and the demons we face. For all of us who have tossed and turned and decided to keep the lanterns lit and go searching – hoping that just maybe, when the clock strikes twelve… we’ll meet ourselves”.

After the incident, Leechin has attracted quite a lot of curiosity and further digging has revealed that the TikTok influencer went viral for being Taylor’s look-alike last year after she posted a video of her doing laundry to which one of her TikTok followers commented, “wait so you’re not Taylor Swift”? to which she replied, “No, I’m not”. This inspired her to make more Taylor-inspired content and in most of them, she is seen lip-syncing the pop star’s songs.

Speaking about her celebrated physical similarities with Swift, she shared in an essay for Newsweek, “I’ve had people comment on my similarity to Taylor Swift since I was about 14 years old”. Over the years she has managed to acquire over 600,000 followers on TikTok.