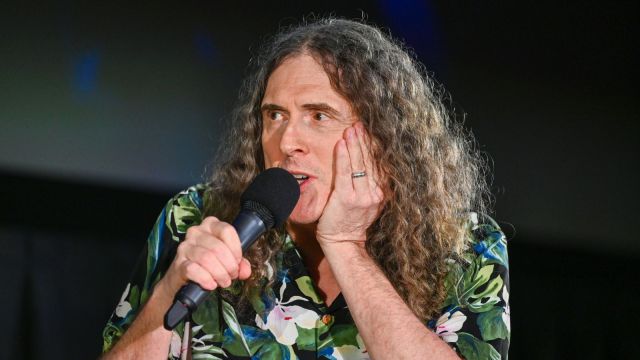 Usually, it is an honor when your song receives a parody from Weird Al Yankovic. Unfortunately, not everyone saw it that way, and one major company gave Yankovic a big ole’ rejection, which means that a potential parody will never see the light of day unless the company changes its mind.

Yankovic told Hollywood Reporter in an interview that he once considered producing a Harry Potter parody using ‘Hedwig’s Theme.’ Yankovic tried to do the right thing by asking permission to produce the parody song considering that Harry Potter is a huge franchise. Sadly, he didn’t receive Warner Bros’ blessing, and the song was never made.

“Whenever it was, about a decade or two ago, I approached the movie company just to get a general blessing like, ‘Hey, I’d like to do a Harry Potter parody.’ And I think they said no, or they never responded or whatever. But sometimes when you’re dealing with franchises, and you ask permission, you know, there’s so many people that can say no, and they usually do.”

Interestingly, this moment sparked a huge change for Yankovic, and decided to stop asking permission and just produce the songs as normal. He said that he’d rather “beg for forgiveness” than “ask permission” when parodying huge franchises and titles in his music.

“If I’m doing a franchise, it’s usually better just to do it and ask for forgiveness rather than permission,”

Daniel Radcliffe, lead actor in Weird: The Al Yankovic Story and famously Harry Potter himself, added to Yankovic’s comments, saying that the biopic could have been Yankovic’s way of producing a Harry Potter parody.

“Maybe that’s what this film is. This has been his way of doing a Harry Potter parody.”

It’s currently unknown if Yankovic had to ask permission when he released two Star Wars parodies, ‘The Saga Begins’ and ‘Yoda.’ Despite claiming that he doesn’t seek permission from huge companies when covering franchises, he still asks permission from artists if he’s allowed to make a parody of their songs. While most musicians and record labels approved Yankovic’s request, others, such as Prince, James Blunt, and Led Zeppelin, rejected them.

Weird: The Al Yankovic Story is now out on The Roku Channel.