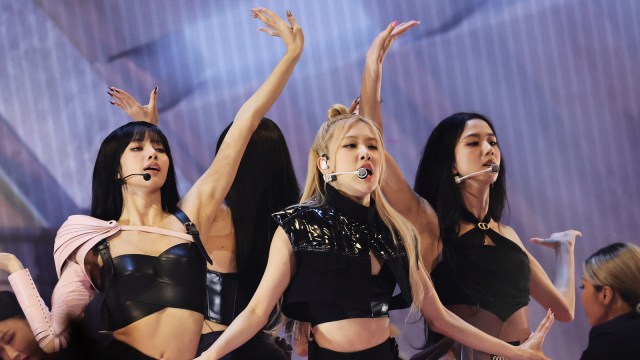 After releasing on Aug. 19, BLACKPINK has finally given “Pink Venom” its awards show debut at the MTV VMAs, and it went off with a bang.

The rendition of “Pink Venom” was as hype as can be and elevated the vibe at the awards show to a new level. The K-Pop outfit took the stage performing the song accompanied by some spectacular visuals.

Alongside Jisoo, Jennie, Rose, and Lisa there were plenty of backup dancers on stage performing the impressive choreography that helped to raise the bar on the overall performance.

Thanks to social media, you can check out BLACKPINK’s performance at the awards show right now.

Before their performance, the group stunned on the red carpet appearing in all-black attire. The group recently announced a world tour making the VMAs the perfect place to showcase their latest single.

BLACKPINK launched “Pink Venom” earlier this month and immediately it blew up captivating fans across the globe and dominating social media. Shortly after its release, fans began to notice a line paying homage to another Pop classic, from none other than Rihanna.

If you’re a BLACKPINK fan around the globe there is a big chance that you’ll have an opportunity to see the group during their upcoming 2022 / 2023 world tour. For dates and more information on how you can score your tickets, check out more here.