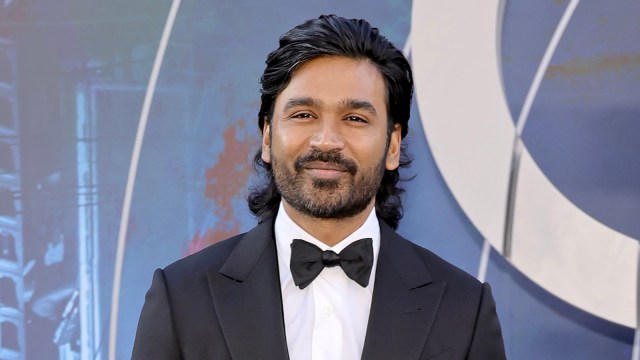 There are plenty of things to talk about in the Russo Brothers’ The Gray Man, which is now streaming on Netflix. But while many conversations are focusing on the production’s lavish action sequences and the chemistry between co-stars Ryan Gosling and Chris Evans, quite a few people have found themselves wondering “Who is Dhanush?” and “Why haven’t I heard of him before?”

While Dhanush has only acted in one other English language production, he is a star in his native India and one of the biggest stars of Tamil cinema, known colloquially as “Kollywood.” In addition to his acting skills, Dhanush, born Venkatesh Prabhu Kasthuri Raja, is also known for his work as a producer, director, lyricist, and singer.

Dhanush was born in Madras, to director Kasthuri Raja. In a very uncommon twist, Dhanush initially wished to study hotel management and become a chef but was pressured by his brother, director Selvaraghavan, to enter the film industry. Dhanush first appeared in films made by his family, making his debut in his father’s 2002 film Thulluvadho Ilamai, which became a sleeper hit, and then his brother’s first movie, Kaadhal Kondein. The film was a critical and commercial hit, establishing the careers of the two brothers.

Dhanush took home the Best Actor award at India’s 58th National Film Awards for his performance in Aadukalam in which he plays a rooster fight jockey. He continued to work steadily over the next few years, enjoying box office and critical success. His 2018 film Vadachennai emerged as the highest-grossing A-rated (restricted to adult audiences) Tamil film of all time. His 2019 follow-up, Asuran, earned ₹100 crores (roughly $2.5 million) within a month of its release.

In 2015 he starred in the action-comedy film Maari in the title role, reprising it in the 2018 sequel. Dhanush’s song from the film, “Rowdy Baby”, is one of the most-viewed Indian songs of all time. So far, it is the only South Indian music video to reach 1 billion views on YouTube.

In 2019, Dhanush appeared in his first crossover role in The Extraordinary Journey of the Fakir, a French-produced movie filmed in English. The film was based on a novel by Romain Puertolas and was filmed on location in India, Brussels, Paris, and Rome. The movie was dubbed into Tamil to capitalize on Dhanush’s popularity.

As yet, The Gray Man is Dhanush’s only American film to date, but he may be poised to follow in the footsteps of fellow South Asian actors Priyanka Chopra, Irrfan Khan, and Amitabh Bachchan as a legitimate crossover superstar.

The Gray Man is now streaming on Netflix.