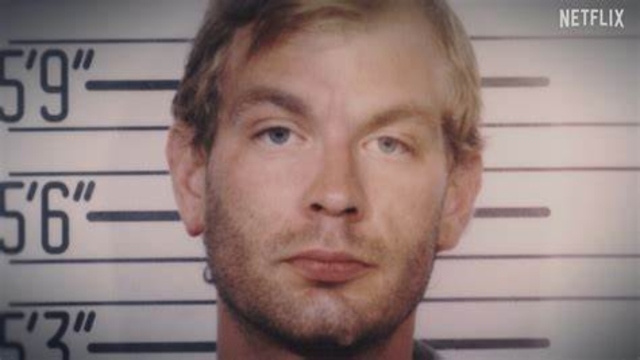 When Netflix released its limited series Dahmer-Monster: The Jeffery Dahmer Story viewers were captivated, and it quickly became Netflix’s second-biggest series–ever! Monster revealed all the gory details of serial killer Jeffery Dahmer and his 13-year crime spree. One of the things that kept viewers so captivated was the enduring question: how did this happen? What could cause a seemingly normal man with a seemingly normal upbringing to become one of the world’s most notorious and disturbing serial killers? Those questions are answered in the new series Conversations With A Killer: The Jeffery Dahmer Tapes.

The Dahmer Tapes features never before heard footage recorded by Jeffery Dahmer’s attorney Wendy Patrickus as she attempts to get all the information she can to defend her client. She reveals years later that the conversations still haunt her. Here is what she heard.

Dahmer admitted to being a very lonely child, different from his peers, and estranged from his parents. His burgeoning sexuality revealed that he was not attracted to the same type of person as most boys his age. He was attracted to men. Well, sort of. He was more attracted to what was inside of them. Dahmer was attracted to internal organs, which is an actual diagnosis by the way.

Dahmer wanted a companion that would bend to his will completely and would never leave him. He even admitted wanting someone that would ‘watch the same movies’ he wanted to watch. Dahmer revealed that this was behind his motivation to make living zombies of his potential victims. He wanted them to be alive, but subservient.

Dahmer also admitted in The Dahmer Tapes to burying, keeping, and eating the bodies of his victims so that they would ‘always be with him’. It was incredibly disturbing. So if there ever was a semi-answer to the neverending question of ‘why?’, it comes down to companionship, connection, and control, with a twist of sexual deviancy thrown in.

How Dahmer got away with it

One of the more baffling things about this case is that Dahmer was able to get away with murdering, mutilating, and even eating people for 13 years. He didn’t even fly below the radar; he had run-ins with the police on multiple occasions and was even arrested a few times. Yet somehow he was always able to talk his way out of trouble. How did he manage that? Because he hid in plain sight. He knew that no one would believe what was going on, so he barely tried to hide it.

Dahmer admits to killing and storing bodies in the basement of his grandmother’s home. He knew she suspected something, but also knew she probably did not want to know the truth, so he was able to continue. He also admits in the tapes that he thought his father was suspicious of him, but again, his father didn’t want to look too closely.

So it was with the police, some of the neighbors, family, and others. No one suspected him or didn’t want to know the disturbing truth. Therein was his power and his criminal genius. Dahmer fully knew how to manipulate people into trusting him. He also knew that most people would rather just not know the truth and are generally happy with the simplest answer. All of this allowed him to continue with his gruesome acts for over a decade.

Why Dahmer was the way that he was

With serial killers there are often deep, dark backstories. Tales of extreme abuse or neglect, traumatic events, all sorts of things people can point to and say ‘oh, that’s why.’ Dahmer however, was not one of those examples. His childhood was fairly normal. There were instances of isolation and abandonment by his mother in his teen years, and his parent’s had a rocky marriage, but nothing that many other children don’t also experience. So why?

Part of The Dahmer Tapes reveals his father believes it may have had something to do with a routine surgery Dahmer had as a child. Psychologists also believed that Dahmer’s fascination and sexual attraction to internal organs could be a contributing factor. Unfortunately, there are few ways to legally access human organs, and one of the more sinister ones would be murder. He was diagnosed with an array of paraphilias (sexual disorders), including necrophilia and hebephilia, He was diagnosed with depression, borderline personality disorder, and alcoholism. He admits in the tapes to killing one of his victims under the influence of alcohol and that he doesn’t even remember it.

Dahmer also had an obsession with control, ownership of the person, and keeping them close. As long as the people were alive they could leave him and he was not in complete control. The only way he could completely dominate them was to kill them. Dahmer realized after killing them that they had in effect left him, which led him to keep their body parts around, eat them or eventually try to make living zombies out of them. So his motives, his diagnosis, and a few other factors apparently contributed to making Dahmer the monster that he was.

The truth behind the man and the murders of Jeffery Dahmer, we may never know. The Dahmer Tapes, however, gives us new levels of insight that quite frankly we now wish we didn’t know. There might never be answers to the questions this chilling case brings up, but for the victims, their families, and society there is one thing that is sure: never again.