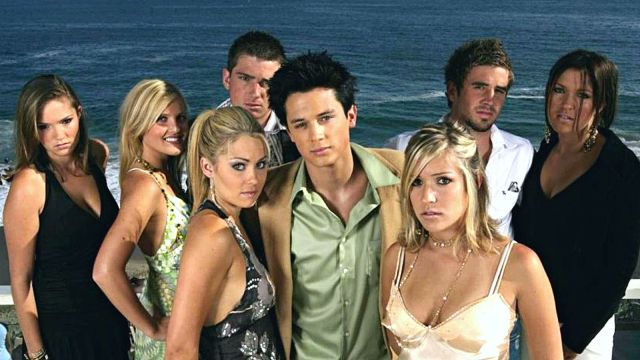 Kristin Cavallari and Lauren Conrad were the protagonists of one of the most intense and famous feuds in MTV’s 2004 reality television show Laguna Beach. Almost twenty years later, Conrad is apologizing for taking matters too far when she called Cavallari a “slut”.

Conrad was a guest on Cavallari and Laguna Beach co-star Stephen Colletti’s podcast Back to the Beach on Tuesday, as the three looked back on the infamous love triangle that had them at each other’s throats during the first season of the show.

The star, now 36, has regrets about one particular moment during the fifth episode of the season when the cast traveled to Cabo San Lucas, Mexico.

“My biggest regret, watching it, [was] I called you a slut,” Cavallari told Colletti. “I’m so sorry,” she added. She confessed that she would never call another woman that nowadays, and described the insult as “gross.”

“It was, for me, like the most embarrassing moment.”

Cavallari gained a reputation as the show’s mean girl, but looking back she blames it on her insecurities. “When I watch it now, I wasn’t confident at all. I was actually so insecure,” she said. “I took it out on you in a lot of ways. And so, I am sorry for that because I said some horrible things,” she confessed to Conrad.

Colletti had a fling with Conrad in the midst of an on-and-off relationship with Cavallari. On the first episode of the ex-couple’s podcast, which aired in July, Cavallari said that instead of going after each other, the person they really should have blamed, at the time, was Colletti.

“I love you, but the person we should have been going after was you. This is so classic, right? If someone gets cheated on you go after the other woman, but it’s like: ‘Why are we not blaming the guy?’,” Cavallari told Colletti, who agreed.

Colleti also did his fair share of apologizing on Tuesday’s episode of Back to the Beach, telling Conrad, “I feel bad watching that back for you,” he said. “And I’m sorry that you got thrown into our little hurricane of a relationship.”

However, all parties involved have blamed MTV’s editing and meddling for a lot of the drama that ended up transpiring to the audiences. Back in August, on the same podcast, Colleti made it clear that, despite appearances, his hook-up with Conrad happened during an off period of his and Cavallari’s relationship.

“At no point ever whenever we were together, you know, would I step out on you in that way. And they really paint [it like] that’s what I’m doing throughout the show — which I have a huge problem with,” he said.

It’s all water under the bridge, now, as the three ex-cast-mates remain friends.