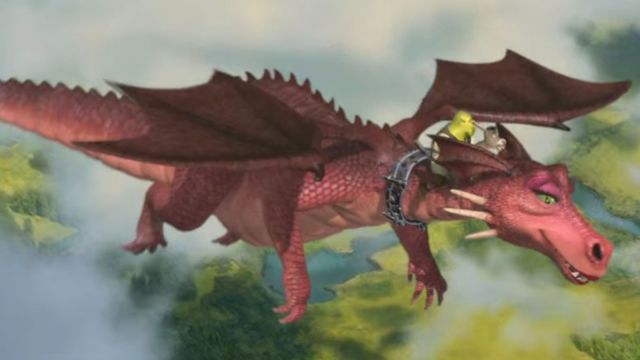 As the Redbull Soapbox Race makes its way to Osaka, Japan, a particular Shrek-themed cart caught the attention of TikTok as it flew its way to the field foam and soap. While this cart did not win Sweden’s event, it did win the hearts of millennials and gen z who grew up with the movie franchise.

TikTok user @maivary posted a video where an Elizabeth the dragon-themed cart dashed through the track during Sweden’s Soapbox race that was held back on Aug. 21. In the video has the driver dressed up as Donkey from the Dreamwork film as they race through the course. According to the TikTok user, the tail was lost during the race.

Sadly this cart did not win the event as that title goes to Granforce. But it doesn’t matter as the video went viral, accumulating over 6.4 million views on TikTok and has received nearly 1 million likes.

TikTok users were entertained by the absurdity of a Shrek-themed vehicle speeding down the track. Others felt bad that the tail was lost along the way but it didn’t matter as it managed to get through the foam and finish the course.

The Red Bull Soapbox Race is an event that started in 2000 and since then grown into this comedic, yet creative racing event. Participants are tasked to create a unique-looking soapbox cart, or take inspiration from existing IPs as they race through a track.

This event has occurred across the globe, with the next ones scheduled to be in Osaka, Japan, Cape Town, South Africa, and finally, Melbourne, Australia.