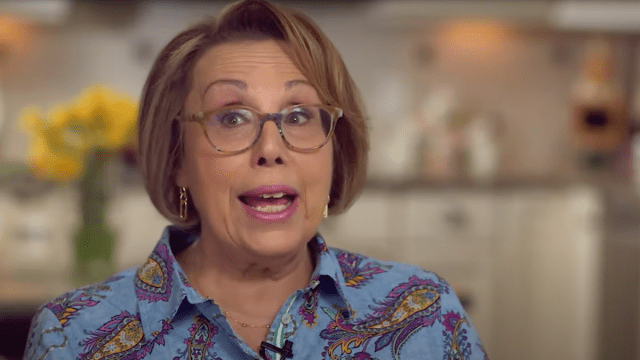 Screengrab via YouTube/ABC News
Review of:

Ah.. it’s Thanksgiving, aka leftover season. The time of year where if you’re hosting your family you’re going to end up with way more leftovers than you can finish by New Years’. Fortunately, one of TikTok‘s premiere “granfluencers” has an unorthodox solution: disposable cupcake tins.

Barbara “Babs” Costello is changing the game with this simple hack for sending people home with leftovers so food doesn’t get forgotten in the deep recesses of the fridge only to be discovered months later covered in something out of a horror movie.

Costello’s “Brunch with Babs”channel has 2.8 million followers and 33.5 million likes. The cupcake tin video alone has 7.2 million views. People love Babs! And how could you not?

“Did your mom ever tell you the easiest way to send guests home with leftovers? Try disposable cupcake tins. Set up a leftover station and have your guests help themselves,” she says in the video while demonstrating.

“They’re the perfect size for leftovers and [guests] get a little bit of everything. Just cover. And the best part? Right into the oven for leftovers the next day.”

People are obviously blown away by such a simple yet brilliant hack. “That’s so damn smart. Why didn’t I ever think of this,” said one commenter. The only minor issue people have is that it might not be enough food. “That’s not nearly enough leftovers 😂 But very smart,” someone else said.

Babs is a bonafide sensation and was even invited onto a segment with ABC News earlier this year.

She said most people around the world see her as an honorary grandmother.

“I’ve had so many followers say ‘Babs, will you adopt me?,” she said in the interview, “And I always say, ‘Do you do dishes?'”