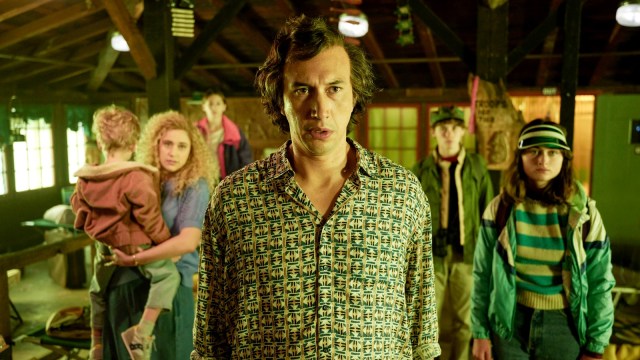 Adam Driver can now be mentioned in the same breath as Robert De Niro, Christian Bale, and Jared Leto as an actor who has successfully gained weight for a role; it was for upcoming film adaptation of Don DeLillo’s hugely influential 1985 novel White Noise, and Driver reportedly left a “backup stomach” that was almost used in the movie collecting dust, instead.

Driver plays Jack Gladney in the satirical comedy-drama, a professor who specializes in “Hitler studies,” as he navigates the various ups and downs of everyday life — as well as a quasi-apocalyptic event — with his wife, children, and step-children.

For this new film, Driver had to undergo physical transformations, such as wearing a wig that resembles a receding hairline and putting on weight for the role, according to the Associated Press (via The Washington Post).

At the Venice International Film Festival, where the movie is set to premiere, Driver said he was “very satisfied” by his on-screen appearance as Jack. “We had a backup stomach. We didn’t need the backup stomach.”

White Noise will undoubtedly represent something of a tonal departure for Baumbach, who up until now has only directed films with original scripts he penned. Baumbach’s previous films, like The Squid And The Whale and Marriage Story, were decidedly grounded in realism, whereas the White Noise novel has a more surreal flavor to it.

White Noise is slated to hit cinemas on November 25 and it will premiere on the streaming service Netflix on December 30.