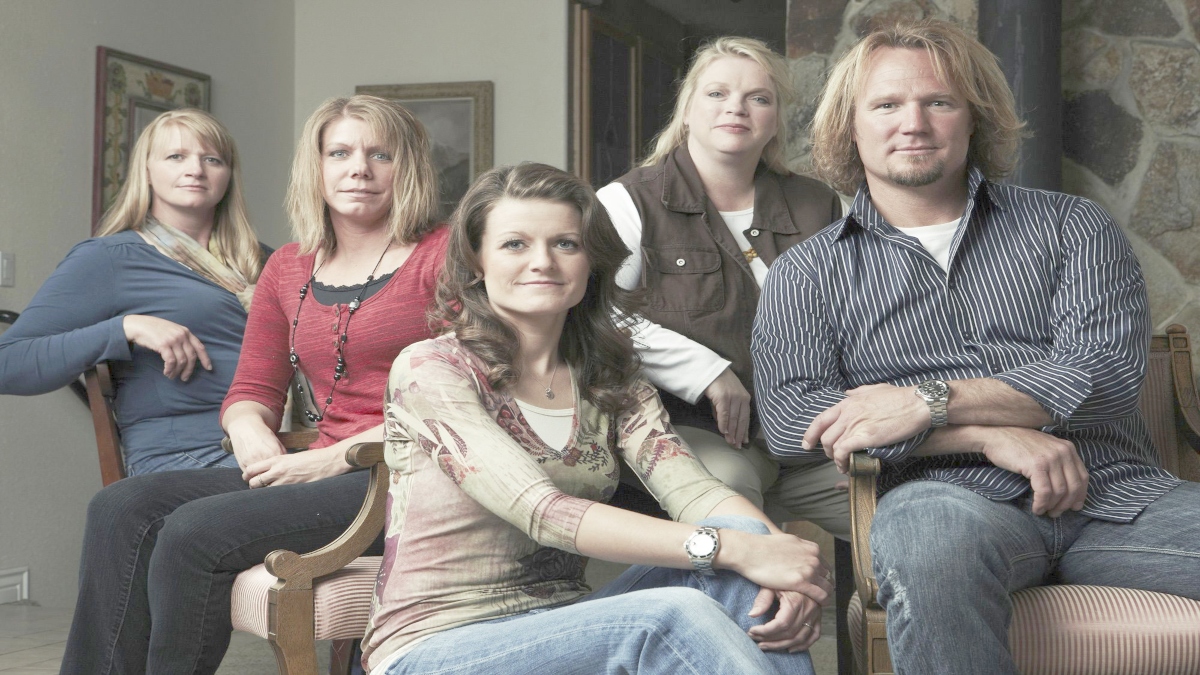 Sister Wives is a hit reality television series that follows the lives of a polygamist named Kody Brown, his four wives Meri Brown, Janelle Brown, Christine Brown, and Robyn Brown, and their combined family of 18 children. Because polygamy is illegal, viewers were made aware, since the show’s debut on TLC in 2010, that Kody was only legally married to one woman and spiritually married to the others.

In the beginning, Kody was legally married to Meri. The pair’s marriage lasted from 1990 to 2014. Throughout Kody and Meri’s union, he spiritually married Janelle in 1993 and Christine in 1994. Kody’s marriage to Meri would ultimately end in 2014 after deciding to legally tie the knot with Robyn in an attempt to adopt the three children she had from a previous relationship.

The show has been making headlines, as of late, because of Kody’s breakups with his wives Christine, Janelle, and Meri. Kody and Christine announced their separation in 2021, while the split with Janelle was shared on Dec. 11 during the Sister Wives: One on One special. Meri shared in an upcoming episode of the Sister Wives special, scheduled to premiere on Dec. 18 that Kody ended their spiritual marriage.

Since then, fans have expressed interest in figuring out what Kody’s wives do for a living aside from starring on the TLC show and how much they make. This net worth list will showcase how much the wives make from the different business ventures they have participated in.

According to Celebrity Net Worth, Meri is worth an estimated total of $400,000. The 51-year-old’s profit stems from her starring role in Sister Wives, selling clothing items for LulaRoe, and running Lizzy’s Heritage Inn—a bed-and-breakfast with her family home in Utah.

Although it has not been revealed how much Meri makes as an trainer for LulaRoe, a multi-level marketing company she has been a part of since 2016, Glassdoor reports that a trainer makes over $77,000 a year. As for Meri’s bed and breakfast, which she began in 2017, she is charging her customers $250 and $300 a night depending on the room. In addition to the rentals, Meri also sells various items on the site that range from $13 to $30.

In November 2022, Meri hosted a retreat at Lizzy’s Heritage Inn and the prices varied from $4,500 to $6,400. The costs ranged from the standard and vip packaging that individuals purchases. Both retreat packaging included a four day and three night stay, three food plans, daily activities, goodie bag, a chance to connect with friend and with Meri.

The last way Meri earns her income is by creating customized Cameo videos for her fans for $150 and selling business related recordings for $420.

Janelle is reportedly worth $400,000 as of 2022. The 53-year-old has reportedly accumulated those funds from starring in Sister Wives, previously running the Brown’s online store and blog named My Sister Wife’s Closet, her fitness company Strive With Janelle, and participating in a multi-level marketing project called Life with Health and Happiness.

Before Janelle’s numerous online business ventures, she became a real estate agent in 2013 to make ends meet while she and her family lived in Nevada. Janelle worked for the company TMI Reality. Although it is unclear if she made enough money to sustain a functional household, Janelle would ultimately leave the organization in 2018.

One year later, Janelle began Strive with Janelle after becoming a certified health coach from the Institute for Integrative Nutrition. On the site, she charges her customers who request an appointment $75 for advice and guidance on their fitness journey. As for My Sister Wife’s Closet, which used to sell bracelets, necklaces and watches, it unclear how much each jewelry was priced because they have since been removed from the site.

Janelle, her daughter Maddie Brush and Christine launched Life with Health & Happiness company in 2021 where they distribute Plexus products including drinks and supplements. There are no details about how much they have made since opening the company.

Christine has a reported net worth of $400,000. The 50-year-old has made this money through her hit TLC reality show Sister Wives, being a published author, a salesperson for Plexus and LulaRoe, and making specialized Cameo videos.

In 2012, Christine released a photo book titled “Hand Raised: The Barns of Montana,” which showcased different types of barns and the history surrounding them. Although it is unclear how many copies Christine sold of the book, the lowest price it’s being distributed at $27.45. As a LulaRoe retailer, although Christine didn’t disclose how much she profits from her sales, it is reported that the retailer could make over $38,000 to $56,000 a year. In regards to Plexus, no additional details have been released about how much the company has helped her bring in.

As for Cameo, Christine charges her fans a variety of prices including $40 for a personalized video, $120 for a live video call, and $245 for a business video.

Celebrity Net Worth says Robyn has profited $600,000 since starring in Sister Wives. The 44-year-old’s other ventures that could have contributed to a positive increase in her bank account, including selling items on the joint website My Sister Wife’s Closet, publishing books, and running the family blog,

Although Robyn officially stopped selling jewelry in 2020, the site remains up as a blog. In regards to books, Robyn has written at least three projects, including the 2012 memoir “Becoming Sister Wives: The Story of an Unconventional Marriage” with the other wives and Kody, and two children novels.

The books include “Disney’s Muppet Babies: Super Fabulous” and “Evan’s Turning Seven.” Despite not knowing its sales totals, the price of each book ranged from $6.99 to $13.99.

As for their combined earnings, Kody and his wives can each reportedly earn $25,000 to $40,000 per episode for their roles in TLC’s Sister Wives to split between the five adults. The group also turned their life story into a New York Times best-selling book titled “Becoming Sister Wives: The Story of an Unconventional Marriage” in 2012.

Although it is unclear how many copies the memoir sold, it is reported that in order to be on the New York Times best-selling list, the book has sold 5,000 in one week. However, it was reported in the past that each family had financial issues, from Robyn and Kody paying back taxes on their Utah home to a some filing bankruptcy.

Since then, no other information has been revealed at this time.