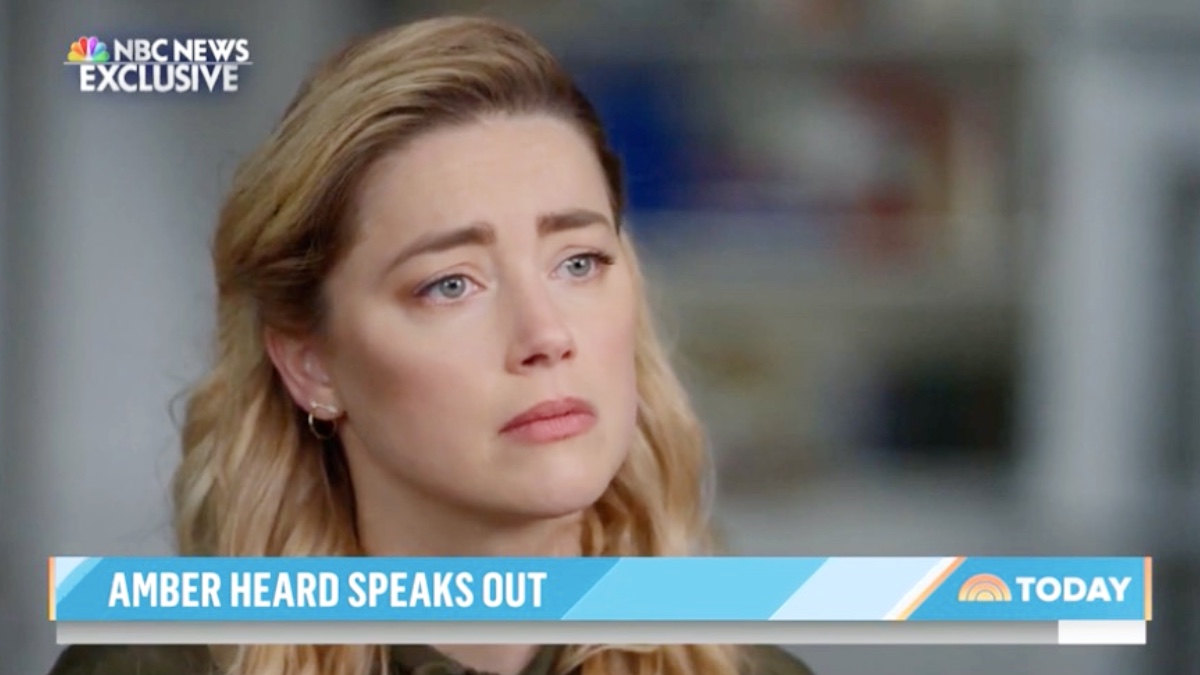 NBC has revealed a first look at its upcoming sit down between Amber Heard and Savannah Guthrie that will air in a primetime special later this week. The actress is speaking out for the first time since a Virginia jury sided with her ex-husband Johnny Depp in the messy, public defamation case that gripped the world for six weeks.

In the hour-long interview, Heard will reportedly discuss how the outcome of the trial could have an impact on free speech in America and possibly prevent other victims of domestic abuse from coming forward with claims, among other topics.

In the first of two clips, which aired on the Today show on Monday morning, the 36-year-old actress said that she believes that social media played a big role in the ongoing smear campaign against her.

“I don’t care what one thinks about me or what judgments you want to make about what happened in the privacy of my own home, in my marriage, behind closed doors,” Heard told Guthrie. “I don’t presume the average person should know those things. And so I don’t take it personally.”

In the second clip, Heard said that she doesn’t blame the jury for siding with Depp and suggests that she never had a chance at winning due to the fact that the Pirates of the Caribbean actor is essentially a universally beloved figure.

“How could — I’ll put it this way — how could they make a judgment, how could they not come to that conclusion,” said Heard, when Guthrie pointed out that the jury looked at the evidence and testimony and simply did not believe her. “They had sat in those seats and heard over three weeks of nonstop, relentless testimony from paid employees.”

“I don’t blame them,” she explained. “I actually understand. He’s a beloved character and people feel they know him. He’s a fantastic actor.”

Guthrie continued to press, telling Heard that the job of the jury is not to be “dazzled,” but to look at the facts and evidence, and at the end of the day it boiled down to the members of the jury not believing her.

“Again, how could they, after listening to three-and-a-half weeks of testimony about how I was a non-credible person, not to believe a word that came out of my mouth?” Heard asked.

The NBC News interview special will air on NBC at 8pm ET on Friday, June 17.