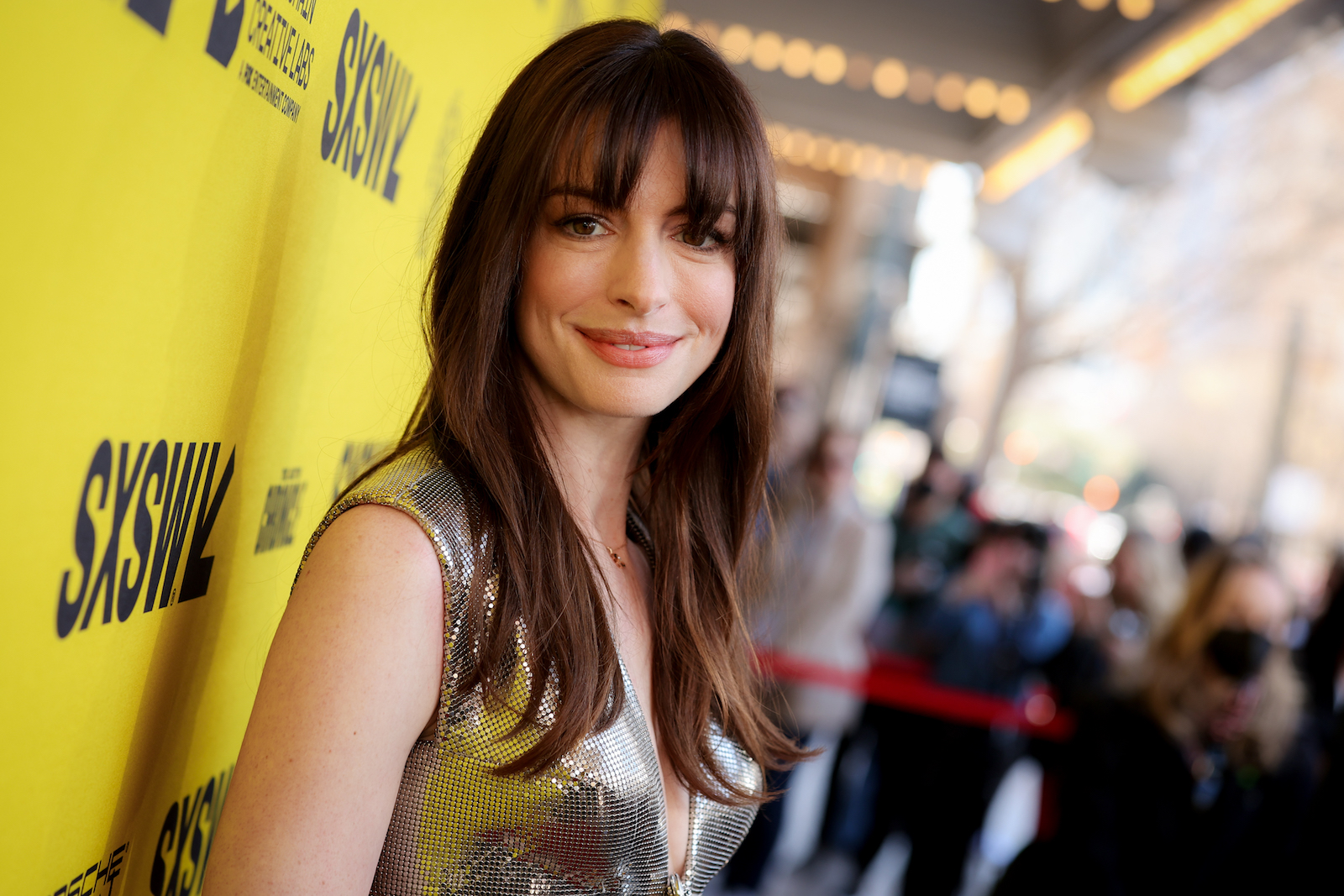 Anne Hathaway is here to get you motivated. The star is gracing the cover of this month’s Interview magazine, looking better than anyone wearing little more than athletic equipment has any right to, replete with a caption exhorting us to “Work It.” It’s enough to make someone dust off those kettlebells they bought at the beginning of the pandemic.

But it’s far more likely to make you check out the Locked Down star’s stunning photoshoot within the magazine. The pictures, shot by acclaimed fashion photographer Collier Schorr, accompany Hathaway’s 20 questions-style interview by a dizzying array of A-list celebs and portray the actor juxtaposed, comfortably, between the worlds of fitness and couture.

Hathaway seems to have fully leveled up to Hollywood Icon status after spending years as “America’s sweetheart” following her Princess Diaries debut and, after earning critical acclaim for her dramatic chops, enduring a bizarre public backlash that seemingly stemmed from her ability to be poised and graceful on the red carpet. The shoot shows Hathaway serving looks like an artist fully in command and able to inhabit multiple roles with ease. She may be wearing fitness gear, but that gear is by Dior.

At the end of the interview, Hathaway is asked by Interview creative director Mel Ottenberg which ended up being her favorite photo from the shoot. Hathaway picks a shot where she is only wearing a towel. The towel is, of course, by Balenciaga. And Hathaway picks it because, perhaps like herself, it contains multitudes within its simplicity. “I’m also going to go with the Balenciaga towel because I haven’t seen a single piece sum up what fashion is right now like it.”