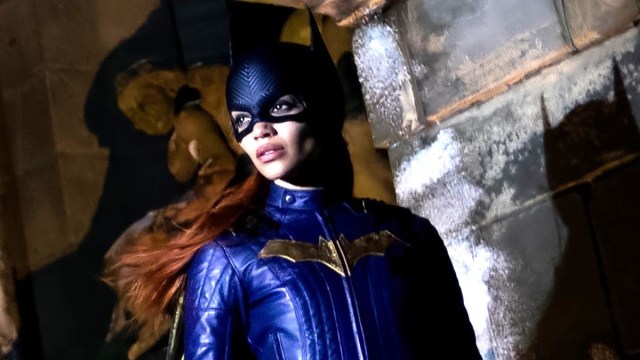 It’s official. Batgirl is officially getting a theatrical release. At least across the pond. A new Warner Bros. release schedule indicates that fans in the UK will get to see the dominoed daredoll up on the big screen. But U.S. residents may be stuck streaming the movie on their devices.

According to The Direct, Warner Bros.’ updated release schedule lists Batgirl under a section titled “2023 Theatrical Releases,” indicating the film’s release has been pushed back until 2023 and that it will head to U.K. theaters next year.

Fans have been pushing for a theatrical release since the early days of filming, even more so when it was revealed that the film would take place in the interconnected DCEU and would feature an appearance by Michael Keaton reprising his role as Batman from the original 1989 film. Discovery and Warner Bros. CEO David Zaslav issued a mandate for all of the studio’s films to be released theatrically as well as streaming, but this is the first official indication that the film will be seen in theaters anywhere. It still remains to be seen if fans will be able to see the Gotham heroine in action on U.S. movie screens.

With Warner Bros.’s lesser-known Blue Beetle movie getting pulled from streaming in order to have a theatrical release (currently set for August 18, 2023), it seems unthinkable that they would leave money on the table by not releasing the far more recognizable Batgirl, who has been in the public consciousness since Yvonne De Carlo first hopped on her purple motor scooter in the 1960’s Adam West Batman television series. Although it seems like a U.S. release may be not only imminent, but inevitable, it only remains for Warner to make an official announcement.

Until then, fans will just have to content themselves that they will at least be seeing Leslie Grace in the title role, J.K. Simmons, returning to the DCEU as Commissioner Gordon, and Brendan Fraser as pyromaniacal villain Firefly when it streams sometime next year on HBO Max. And they can keep their fingers crossed.