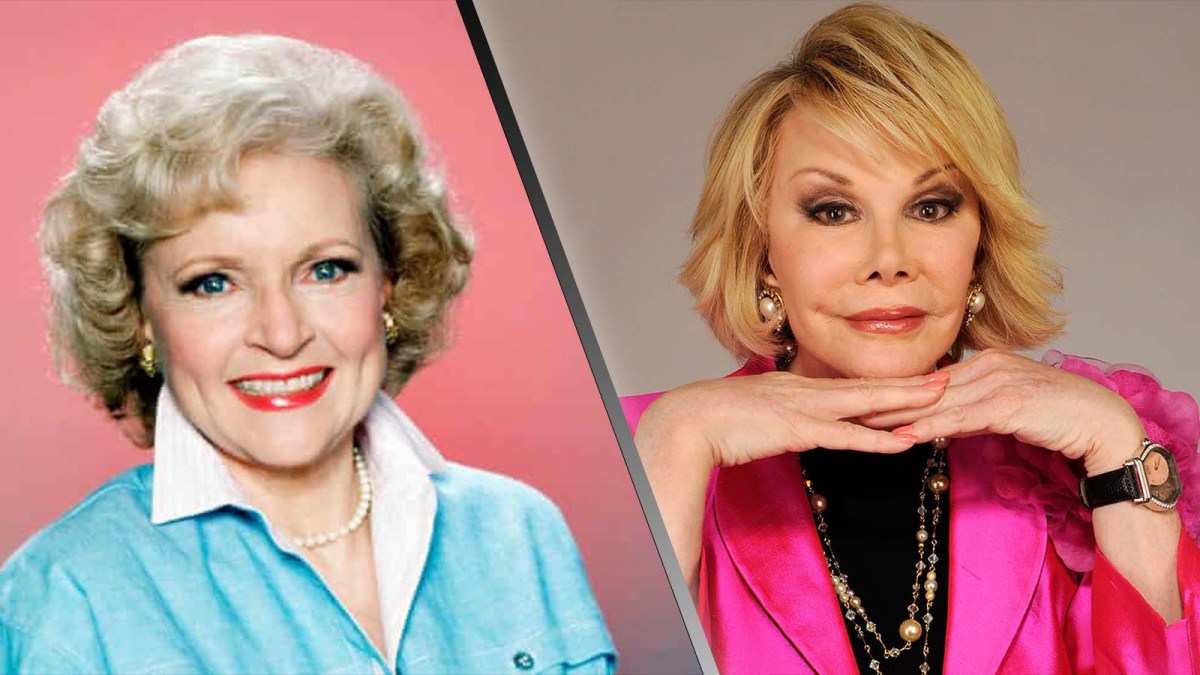 When reflecting on the life and career of Betty White, many people best remember the beloved actress from her work on The Golden Girls, The Mary Tyler Moore Show, and Hot in Cleveland; as well as her philanthropic work with animal welfare. But it also goes without saying that White — who passed away from natural causes on Dec. 31, just weeks before her 100th birthday — was also an acerbic and quick-witted comedian, as evidenced by this recently resurfaced clip of her going head-to-head comedy legend Joan Rivers.

The April 19, 1983 clip, which comes courtesy of the Daily Mail, was taken during one of Rivers’ many guest-hosting gigs standing in for Johnny Carson on The Tonight Show. Rivers and White, who were 49 and 61 at the time, immediately began trading playful barbs against one another, joking about recent magazine covers they had appeared on — People Weekly and Kennel Review, respectively.

“A woman your age, lying on the floor [like that], you would think you were the only cover girl in town,” quipped White, after Rivers accused her of being jealous. “Do you know I’m a cover girl?” White continued, producing her own magazine. “And if you dare say, ‘Who’s that other bitch on the cover?’ I will never speak to you again for as long as I live.”

“I am the one in the pink jacket,” White self-depreciatingly pointed out, to Rivers’ amusement.

“You’re so jealous! I asked you to come on tonight and look glamorous, and look what you’ve shown up in,” Rivers continued. “I like to think understated is a lot classier than … all the stuff hanging out, [it’s] really just ridiculous,” White shot back.

“The little tassels on everything — can you get them all going in opposite directions?” A few beats later, Rivers commented that the photographer wanted her to be topless, to which White remarked, “Weren’t you? I tried so hard to tell.”

At one point, Rivers also brought up her guest’s dating life. As many people are aware, the love of Betty White’s life, television personality and game show host Allen Ludden, passed away in 1981 from stomach cancer. She never remarried, though the appearance may have shed some light on why that was.

It’s a rare, bawdier side of White than many of us are used to seeing, but not shocking given the company she was in.

Sadly, Rivers preceded White in death by over seven years. The groundbreaking comedian passed away on Sept. 4, 2014, at age 81, after experiencing serious complications while undergoing what was should have been a minor throat procedure at an outpatient clinic. Here’s hoping these two hilarious ladies are roasting each other on the other side.