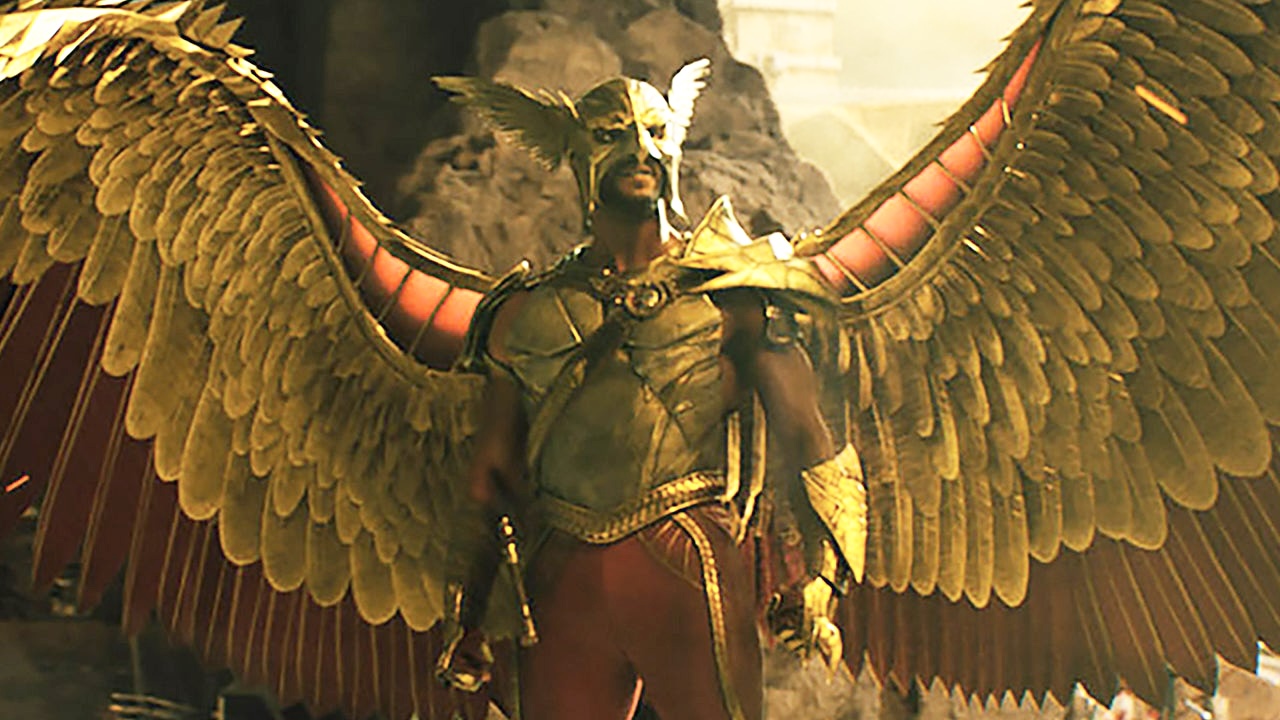 Everyone’s gearing up to catch Dwayne Johnson in theaters as he takes on the role of Black Adam in the upcoming superhero blockbuster. For co-star Aldis Hodge, who will bring the hero Hawkman to life, there have been several surreal moments while working on the film, but one particular moment stands out.

In an interview with Collider, the One Night in Miami… star revealed the most surreal moment for him was the first time he heard he got the job from none other than Johnson himself.

“The most surreal moment for me was the very first time – there’s a couple of moments honestly – the moment that [Dwayne Johnson] called me to tell me that I got the job because I didn’t believe him. And the moment that I first put on the costume, tried it on, and then the next was the moment I stood on set. We were all together for the first time in costume, and we were like, ‘Oh, this is cool as hell.’ We were children, kids in a candy store. There are so many pivotal moments from this experience that I’ll always keep with me, and it just keeps getting better and better. And now this, Hall H is another one.”

Joining Hollywood’s resident tough guy, and Hodge, are a slew of other actors who will take on the roles of different heroes in the DCEU: Noah Centineo will portray Atom Smasher, Quintessa Seinfeld will portray Cyclone, and Pierce Brosnan has already turned several heads on social media with his portrayal of Doctor Fate.

Black Adam will be released on Oct. 21 later this year, and fans can’t wait to catch Hodge as the powerful leader of the Justice Society of America, Hawkman.