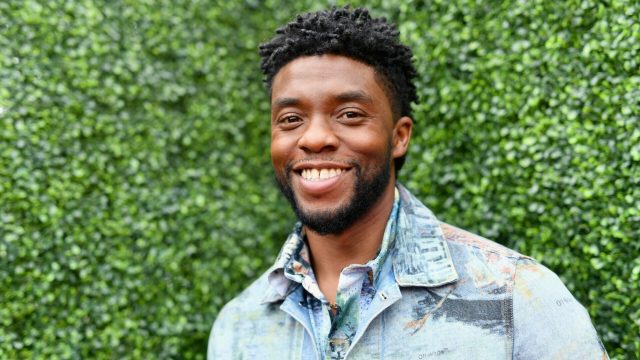 With the Marvel panel in full swing at this year’s San Diego Comic-Con, Hall H waited on bated breath for the mention of the upcoming film Black Panther: Wakanda Forever.

With the untimely and devastating loss of Chadwick Boseman in 2020, the Black Panther mantle has remained a carefully- navigated topic of discussion. As fans worldwide discovered that the man who played a superhero on screen was fighting a heroic battle for years — one that only his closest confidants knew about — the word heroic took on new meaning.

There was an undeniable strength, solitude, and spirituality to the man in the suit, both on-screen and off, and his loss still carries a heartbreaking weight for those who loved him in his personal life, and those he touched without ever meeting. When the time came for Black Panther: Wakanda Forever to take center stage, well — you could have heard a pin drop.

A beautiful tribute to Boseman started the conversation, and as the discussion continued, it felt like Boseman was present somehow — guiding his friends-turned-family through the next chapter of storytelling. It was after the first trailer for Black Panther: Wakanda Forever aired that we all felt the collective nature of honor and homage to Boseman — as a man, as Black Panther, and as T’Challa.

Fans knew what was coming in the opening seconds of the trailer; a weight is felt on the shoulders of each character. The loss is heavy, it’s real, and it’s impactful. As a beautiful voice sings throughout the trailer, fans wait over a minute to hear the first voice/quote from the film — allowing us first to be impacted solely by the emotions in Wakanda.

Those emotions include loss, heartache, and a desperate plea for understanding. T’Challa’s beautiful mural stands tribute to the man Wakanda lost.

Back to the panel, Ryan Coogler shared that he had flashbacks to the first panel for Black Panther five years ago, sitting next to Boseman as they watched footage together for the first time. The moment is a fan favorite.

Coogler says that the cast put their love for Boseman into the film, which is evident through the two-minute trailer.

There wasn’t a dry eye watching that trailer; it would have been impossible to sit through it without feeling anything.

Boseman’s death hit fans very hard, and it still stings — especially when you watch anything from his time during the MCU and what comes after.

A beautiful quote exists about Wakanda’s take on death, spoken by Boseman himself:

“In my culture, death is not the end. It’s more of a stepping-off point. You reach out with both hands, and Bast and Sekhmet, they lead you into a green veld where… you can run forever.”

We’re sure Boseman’s next journey looks a lot like that, but it doesn’t lessen the impact on those he left behind. For many who loved and admired him, it’s clear that Black Panther: Wakanda Forever will be a send-off of sorts, a piece of gratitude, and a nod that they’ll carry him forever in their hearts.

It’s also a stepping point for T’Challa and those he left behind; as they continue to navigate a world without his physical presence, they’ll be faced with new challenges, evil, and friendship — Wakanda is still blossoming, and we can’t wait to see it bloom.