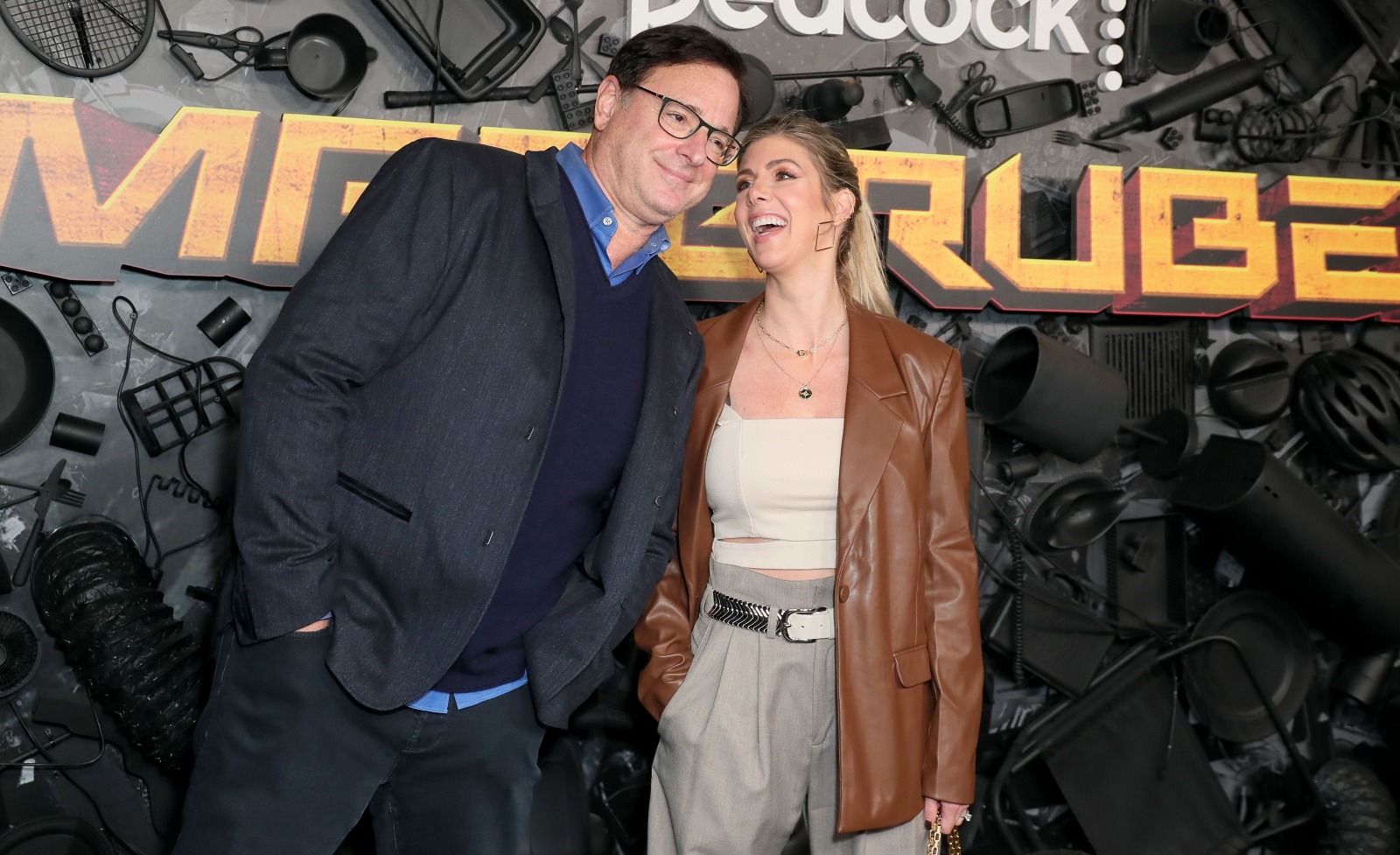 Kelly Rizzo sat down with Hota Kotb in a Today interview that aired Thursday morning, to speak publicly for the first time since the tragic passing of her husband, beloved comedian Bob Saget. During the course of the conversation, the 42-year-old Eat Travel Rock host opened up about their joyful marriage that sadly ended way too soon.

The couple had been together for nearly six years and married since 2018 when Saget died. Rizzo explained that they met when he had found her on Instagram and reached out to a mutual friend. Because, of course, Bob Saget would be too much of a gentleman to slide into her DMs.

She said she was initially hesitant because of the 23-year age difference, however, they soon became friends and became involved in a long-distance relationship. But Rizzo said her concerns melted away when they finally met in person and quickly became “inseparable.”

“From our very first date, pretty much, we knew that that was it. So it was instant,” she said. “We knew that it was something different and unique.”

She said she feels blessed, not lucky, to have met him.

“Because people are like, ‘Oh. Oh. You know, you got robbed. And it’s not fair,'” Rizzo explained through tears. “And I know it’s not fair, but at the same time I got to be that one in his life that was with him for these last almost six years.”

Saget had been staying in a Florida hotel when he died following a two-hour gig, and Kotb asked Rizzo if she recalled the last conversation she had with her husband. From what we know of the Full House star, it sounds par for the course.

Rizzo likewise echoed what so many others have expressed about her husband’s loving and generous nature.

The kind words posted on social media reflected the loving attitude Saget exuded in his everyday life, Rizzo said. Hoda mentioned that she heard someone refer to the actor as an “I love you guy.”

Rizzo agreed. “He put it all out there,” she quipped.

“Anyone he met and even spent any time with at all, he told them he loved them endlessly and tirelessly. And that was his entire message,” she said. “If you knew Bob, and he loved you, you knew it. There was never, ever a doubt in your mind.”

Saget was put to rest earlier this week with a “first-class” funeral packed with celebrity guests including Dave Chappelle, Kathy Griffin, Billy Crystal, and Jimmy Kimmel. Rizzo said that she was approached by so many people who had spoken to her husband within a week of his passing.

“I’m like, ‘How did he have the time to talk to everybody and tell everybody that he loved them all the time?'” Rizzo said, joking, that that must have been why he was always on his phone. “I knew that that’s how it was ’cause he told me 500 times a day, but there was not one person out there that doubted his love for them.”