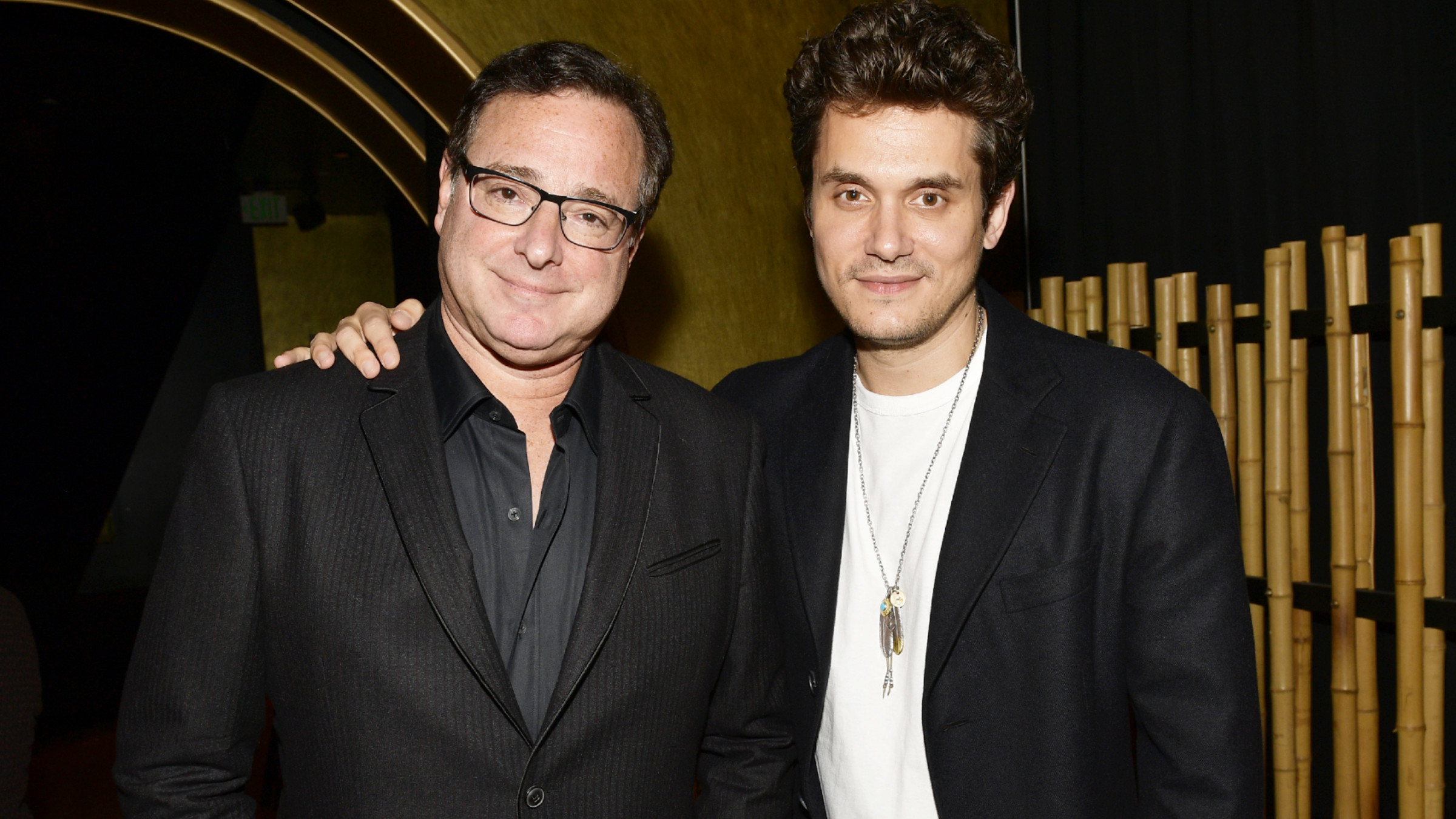 Bob Saget tragically died on Sunday while staying at an Orlando hotel following a stop on his latest tour. In the days since his passing, we’ve heard an outpouring of stories from friends, family, and colleagues about how open and loving Saget was — and how he made an indelible impact on every person who came into his life.

But because Saget also seemed like an extremely down-to-earth celebrity, he had actually driven himself to the airport when he left town, which meant that his car was still parked at LAX in Los Angeles. So on Wednesday, John Mayer and Jeff Ross went on a mission to rescue the comic’s Prius from the airport, and on the way back, treated fans to a 25-minute Instagram Live conversation to remember their dear friend.

Warning, if you decide to watch the full video, you may want a box of tissues nearby.

“We’re on the 405 [highway] remembering Bob Saget, a king in the comedy world — Bobby, daddy, our big brother — John and I went to pick up his car at LAX where he left it,” explained Ross, before Mayer asked if he could say a few things.

“He really was love, he represented that. He has a beautiful wife, three daughters, and then made his fake family from TV into his real family,” added Ross. “And I said to Jeff, 30,000 people are tied for third place,” Mayer added.

“We’ve been at the house for a couple of days, and it’s remarkable what a great family guy he was. I love Kelly so much, he loved Kelly so much,” added Ross. “He talked about his daughters. And I feel vulnerable, I feel less protected without him in the world.”

“I really loved the guy,” Ross later continued. “He was a comic before he was anything else. I’ve heard from a thousand comics in the past couple of days, and he loved making people happy. It didn’t matter who you were, it didn’t matter your stature, your status. Bob was a rock star without an assistant. Bob was a single dad for a long time, he raised three amazing, amazing people.”

The conversation kept coming back around to Saget’s Full House family, and how much they meant to him over the years.

“And he somehow took his TV family and also made them his real family, which is unheard of. Unheard of,” Ross continued, before reading some fan comments. “People all over the world are saying hi and telling us to be careful. Sing us some Full Fouse theme song? I’ve never seen that fucking show once, sorry,” he cracked, as both he and Mayer erupted into laughter.

Near the end of the conversation, the pair recalled how they found Saget’s car. “We went to four floors looking for it,” Ross recalled. “And, of course, he parked right by the entrance. He’s Bob Saget, he’s got rock star parking.”

“The parking company was, let’s just say unreceptive, to the idea that we were helping out a friend who’s no longer with us,” Mayer added, of the $250 fee they got dinged with on the way out. However, Ross insisted on footing the bill, not out of the goodness of his heart but so that he could ask for a receipt to keep in his wallet to remember Saget by.

“I actually never want to get out of this car,” said Mayer, before the two signed off. “I want to live in this car.”