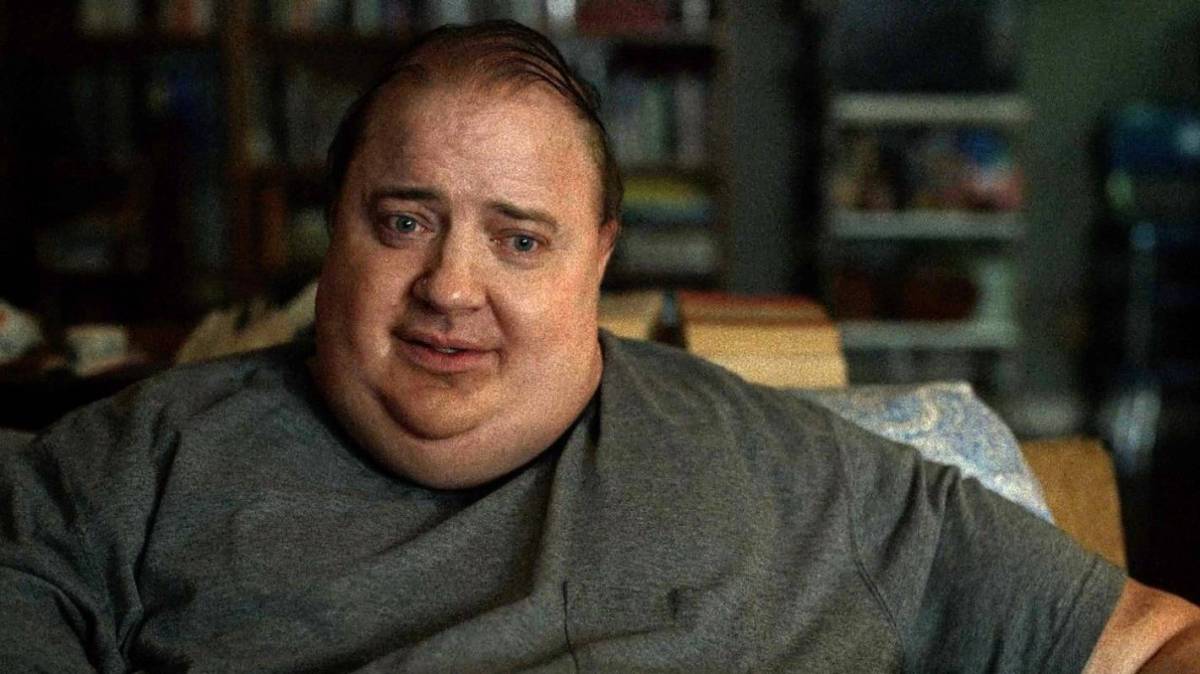 Brendan Fraser wants everyone who sees him in The Whale to know that his appearance isn’t some sort of a stunt or a joke that uses a fat suit as a punch line. The Doom Patrol actor, who is already looking at the Academy Award shortlist due to his critically- acclaimed performance in the film, is hoping that the movie will help bring serious attention to Hollywood’s often fraught relationship with body image and obesity.

“I think we can do a lot better as a society to dispense with what is common in so far as how we are casual about how we refer to those who have weight issues in their life,” Fraser told Screenrant in a recent interview. “Words can be painful, and they can do damage, and I believe that we can do better.”

In The Whale Fraser stars as Charlie, a morbidly obese English teacher whose 600-pound weight has limited his range of movement and made him a virtual prisoner in his own home. Charlie’s eating compulsions have reached a point where he is literally trying to eat himself to death, an end that is only delayed by his desire to reconnect with his estranged daughter, Ellie, played by Sadie Sink.

In preparing for his role, Fraser told Screenrant that “if I’d learned anything important about how to play him, it was from what I learned from the Obesity Action Coalition, who are an organization that supports so many people still seeking bariatric procedures, those with eating disorders.”

“We’re going to change some hearts and minds with everyone’s help insofar as them dispensing with what they walked in the door thinking, to how they’re going to need to reorient that by stories. I had a responsibility to play the character with as much dignity and authenticity, whatever that may look like to its audience or to the members of his family and friends, the four other characters who come through that apartment.”

A post shared by The Brendan Fraser Podcast (@thebrendanfraserpodcast)

Fraser’s ultimate hope is that his sensitive portrayal of Charlie will lead to a wider understanding and sensitivity toward obese individuals who have often been used as the butt of insensitive jokes and ridicule — which often contributes to the cycles of shame. “I think that we can do better because I learned from those people that I spoke to that very often the circumstances of their life began at a very young age. Someone spoke to them with recrimination, someone harmed them, someone was vindictive towards them, and it stayed with them.”

The Whale will be released theatrically on Dec. 9.