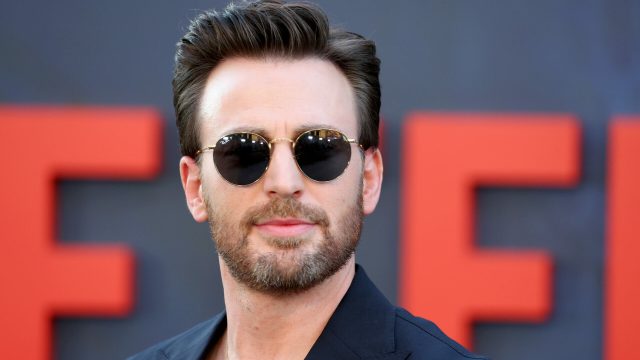 Chris Evans has been on a mission all his life, especially in terms of his career. He tried to save the world as Captain America, get back to planet earth in his new animated film, Lightyear, and go toe-to-toe with a top-secret undercover agent in The Gray Man.

In a recent interview with Shondaland, Evans also spoke about a new quest, one that’s got him using the words “laser-focused,” and we’re all signing up to help him with his mission. So what exactly are we suiting up for? To help Evans on his quest for true love — of course!

Speaking with Mariel Turner, he promised to give her a great answer when asked what he’s laser-focused on in his life. His response is making fans worldwide swoon, and rightfully so.

“The answer would be that maybe I’m laser-focused on finding a partner, you know, someone that you want to live with. I mean, look — I love what I do. It’s great; I pour all of myself into it.”

Focused on his career for decades, he’s trying to make the next chapter of his life something he can share with a partner. Not just any partner, but someone he can share his life with — someone in it for the long haul.

It’s a known fact that Evans is one of Hollywood’s most well-liked actors. He’s not just a multifaceted performer; he’s philanthropic, charitable, kind, and loves animals — does it get any better? If we’re allowed to be so vain for a moment, he’s also indescribably easy on the eyes, so when he says he’s looking for a life partner — well, people are incredibly interested.

Of course, Evans’ potential life partner will also have to pass the Dodger test, as man’s best friend is the most important companion in his life. Evans rescued his best pal years ago; they’ve been inseparable since day one. In fact, his social media posts with Dodger are some of the most beloved on the internet.

You can see Evans in the newly released Lightyear and The Gray Man — and don’t forget about your Marvel favorites streaming on Disney Plus.