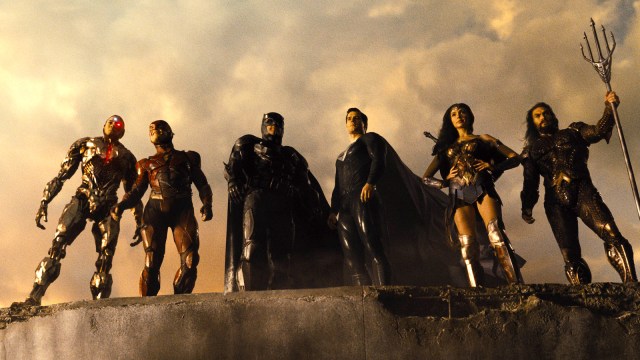 Kevin Feige is a legendary figure in the Marvel Cinematic Universe. No, he’s not a superhero, and he doesn’t appear on screen, but he’s the man behind the scenes – the architect of the MCU, if you will. It’s not secret that the DC extended universe (DCEU) doesn’t have a Feige counterpart. Fans have an idea for who that could be.

Over on the subreddit r/DC_Cinematic, user asimaim suggested one person for the job: Grant Morrison.

Morrison is a comic book writer who’s intimately familiar with DC, as they’ve written JLA, Doom Patrol, The Green Lantern, Wonder Woman, and a number of other DC properties. User Dayraven3 said that while was a good idea, maybe Morrison didn’t have the right amount of experience.

“Very fond of Morrison’s work, would be happy to see them being brought in to consult on ideas or scripting work, but this job needs someone with much more film production experience.” User Torcal4 agreed.

“This is a huge point. Marvel is headed by a huge Marvel nerd who is a legitimate film executive. He has been working on Marvel movies since X-Men in 2000 and saw what worked and what didn’t. It is very rare that a studio exec is actually a big fan of the subject like Feige is.”

Another user, Spoderman77, said that Morrison was maybe a little too weird for DC newcomers.

“Big Morrison fan, but I doubt casual viewers can actually understand Morrison’s more esoteric ideas. A lot of [their] books, despite being very well written, are not really new reader friendly.”

User darester disagreed, saying that Morrison knew exactly what they were doing and could adjust tone as needed.

“I was weary when they did their JLA run. I was surprised how reader friendly it was. Same with All Star Superman. I would argue most of Animal Man was straightforward. I think Morrison knows when to tone it down. Morrison has a genuine love for superheroes.”

The simplest argument against comes from karaloveskate, who says that Morrison is a “comic book writer” not a “movie” person. User SirFlibble came up with a reasonable solution.

“I think rather than finding one new guy who has the producing experience and the comic knowledge like Kevin does, they’d be better off creating two positions. Have one guy a producer (as in knows how to make a movie) and another guy the creative producer (who focuses on making a good story and a cohesive universe).”

This is the theme that keeps coming back up. Sure, Morrison has the chops, but learning how to produce film isn’t something that happens overnight. User awfullotofocelots said as much:

“I want them to interview and hire the person who becomes DCEU’s Feige. Their knowledge and overarching vision of DC could be valuable but I doubt they want or would be very successful as exec producer on duty managing screenplay continuities and coordinating crossover madness.”

However, maybe looking for a new Feige is a losing proposition, as there can be only one, said BloodyReizen.

“People should just realize that there will never be another Feige. He has a unique set of skills, and that is why Marvel chose him over the entire creative committee. In DC’s case, they should instead go towards a creative committee route instead of planting the burden of the whole cinematic universe on one person.”

Time will tell how the whole thing shakes out, but one thing is abundantly clear – the respect for Morrison is high.