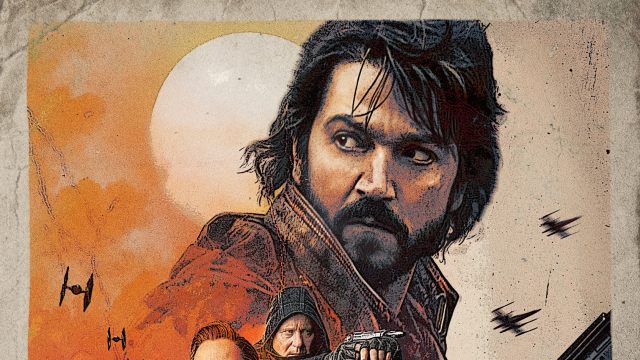 Diego Luna is returning to the role of Cassian, a role he first played in the well-received Star Wars film Rogue One, in the upcoming Disney Plus series Andor. The series will focus on the Rebel spy’s life leading up to the events of Rogue One. The actor compares the struggles faced by the characters in the film as they go up against the Empire to what we are currently going through in the battle waging around climate change.

What made this Star Wars prequel so revolutionary compared to what we had already seen was that it focused on ordinary people, risking everything to make a difference. There were no force-wielding Jedis, no lightsaber battles, no crazy powers or prophecies, just a rag-tag group of fighters willing to die for their cause. Whereas the other Star Wars films have focused a lot on an individual being required to fix everything, whether that is Luke or Rey, through some form of supernatural powers that mere mortals cannot have, Rogue One looked at how collective action can bring about the greatest change.

In an interview with Rolling Stones, Luna discussed how we are in a similar and very real situation right now, here on our only home, Earth. “You either get involved or you grow indifferent,” the actor says, pointing out that ordinary people can’t just expect some powered being to come and fix it for us, it’s up to all of us to stand up.

“Climate change is the biggest example, it requires working together. We’re all going to have to deal with the impact of our existence on this planet sooner or later. Wherever and whoever you are in the world, your actions matter as much as anyone else’s. That realization demands [that each of us] take responsibility and articulate action… which is exactly what Rogue One was all about.”

Luna’s character Cassian stood up for what he believed in, and put his life on the line for a better future, regardless of the fact that he wasn’t in any way force sensitive or powerful. The actor believes “that beautiful idea of regular citizens doing extraordinary things, becoming more powerful when we join together, was and still is very important.”

Climate change is one of the biggest ongoing threats to humanity right now, and as more and more people make their voices heard on the matter there has been a shift towards pushing for a cleaner, fossil-free, future. Though we aren’t moving as fast as some would like, the change is there from the grassroots level going up.

You can catch Luna in Andor, with the first episode now available to watch on Disney Plus.